The Streets of Paris – GoNOMAD Travel


Exploring The City of Light 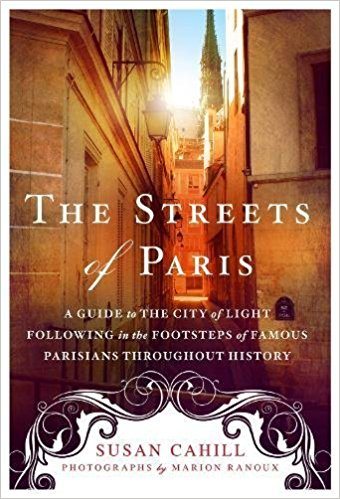 Susan Cahills “The Streets of Paris” allows you to explore the unforeseen sights of the historic city of Paris. Amazon photos

Susan Cahill’s novel, The Streets of Paris, captures the historic beauty of Paris by bringing the reader on journey following in the footsteps of 22 famous Parisians throughout the last 800 years. In each chapter, the author begins with an exquisite colored illustration of the destination being described along with the matching metro stop, she ends with a list of nearby points of interest, such as well known cafes, gardens, and museums.

The City of Light is infamously known for being the home to some of the most prominent historic figures. From Marie Curie to Voltaire, this book recalls on the everyday experiences of these renowned Parisians. Use this book as a guide to discover several hidden locations and learn to appreciate the elegance of the city through another’s eyes.

Susan Cahill, both writer and editor, has published 23 books since 1970. After receiving her doctorate in English from Fordham University, she continued her academic career by teaching in the English departments of Queens College and the City University of New York. As a current resident of New York City, Cahill spends a few months in Paris every year and has published five other travel books regarding Europe, including the Hidden Gardens of Paris.

The excerpt takes you to Paris’ district of Pigalle, the place in which France’s favorite filmmaker, Francois Truffaut’s, grew up in. The streets of Paris served as inspiration for many of Truffaut’s films, in addition to aiding his own personal identity which is filled with curiosity and creativity.

Book Excerpt, The Streets of Paris 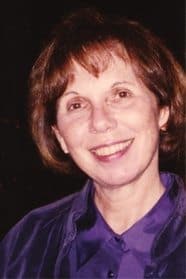 The author, Susan Cahill, recalls many past adventures of 22 famous Parisians.

“Far more than any natural mother of father, the streets of Paris, especially those of the ninth arrondissement, nourished the identity of one of France’s favorite filmmakers, Francois Truffaut (1932-1984): They created the imagination of the artist he would become. Their rambunctious energy kept alive in the unwanted child the curiosity and desire that his nasty childhood somehow didn’t destroy.

The best introduction to the Paris of Truffaut’s art is his five-film sagae about his troubled youth: The 400 Blows, Antoine and Colette, Stolen Kisses, Bed and Board, Love on the Run all available on DVD as ‘The Adventures of Antoine Doinel.’ His street world is the setting of many of these films but especially the first one, autobiographical The 400 Blows (Les Quatre Cent Coups), for which he won the Best Director award at Cannes in 1959 at the age of twenty-seven.

This film, like Truffaut’s young life, unfolds along the streets of lower Montmartre between rue Blanche and rue des Martyrs, a web spreading east and west of the main north/south streets that lead uphill to Pigalle and the butte (hill) of Montmartre: rue Notre-Dame-de-Lorette; rue des Martyrs; rue Saint-Georges; rue Henri-Monnier. Climb them, zigzagging east, west, right, and left, as you walk the home ground of one of the greatest directors in French film history.* His neighborhood’s vitality, seediness, and local color make a perfect backdrop for the films emotional texture, the patches of cruelty, a child’s misery, the adolescent’s joy of escape.

There are moments when the streets of the ninth seem to be the movie’s main character, or better, Truffaut’s muse. They are made of moving light, people, concrete. More than anything, Truffaut loves the open everyday world as opposed to the impersonal abstraction of intellectual analysis. As his mentor and friend, the film director Jean Renoir (son of the painter, Auguste Renoir, who also lived in the ninth), taught him, ‘Reality is always magic.’

Start at the bottom of the hill of rue Notre-Dame-de-Lorette at the rear of the church of the same name (where rue Saint-Lazare ends); follow it uphill (north) as it forks left, across Place Saint-Georges, bearing right – or really straight uphill, into rue Henri-Monnier.

The busy sex trade along these streets took off in the nineteenth century, observing a definite hierarchy: the lorettes, named after the church, were middle-ground female prostitutes, serving the area’s dense theater trade; lower than the grand-dame courtesan-mistresses installed in the new hotels particuliers (on and off nearby rue de La Rochefoucauld in the area called Nouvelle Athenes where Chopin and Georges Sand Lives in Square d’Orleans (see p.195); and higher than the plain freelance streetwalkers of the Quartier de Brenda. The lorettes’ trade overlapped with the Quartier de Brenda, where impoverished street prostitutes walked the rue de Brenda, renamed rue Henri-Monnier in 1905. Place Pigalle, a few blocks to the north, parallel to boulevard de Clichy, was the largest meeting ground of prostitutes in the ninth. It was understood that they lived outside conventional Parisian society, engaged in an illicit profession.*”

Buy The Streets of Paris on Amazon.