The Smithsonian of Music in South Dakota 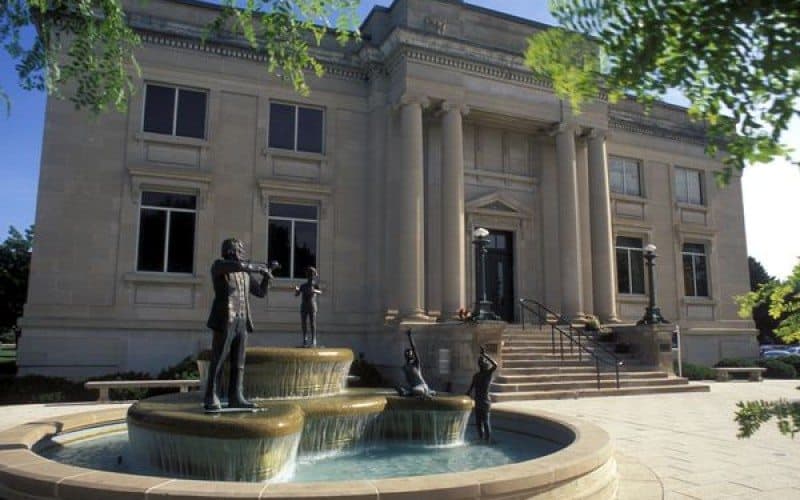 Exterior view of the National Music Museum in South Dakota.

National Music Museum at the University of South Dakota

The University of South Dakota is considered home to more than just the 10,000 students who attend the university in Vermillion, South Dakota.

It is also home to the National Music Museum and a collection of over 15,000 musical instruments. Founded in 1973 and located right in the heart of campus, it is a music lovers dream.

The museum attracts visitors from all over the country and none are leaving disappointed after touring the vast collection of instruments. South Dakota resident Andrea Ronning brought two Nebraska friends to tour the National Music Museum: “The caliber and quantity of instruments made for royalty are astonishing. It’s an amazing collection.”

The museum began with a partnership between The University of South Dakota which provides staff and facilities for maintenance, teaching, and research, and the Board of Trustees, a non-profit corporation that is responsible for acquisitions, public exhibiting, and programming. The Board of Trustees is completely dependent on support from museum members, individuals, corporations, foundations, and governmental units.

They museum is fully credited by the American Association of Museums in Washington, D.C., and is acknowledged as “A Landmark of American Music” by the National Music Council.

The Arne B. Larson Concert Hall inside the museum itself has remarkable acoustics and provides an ideal setting for performing and recording music played on original instruments of various historical periods. There is also a specialized library, extensive study-storage areas, and a laboratory for the conservation and restoration of the instruments. 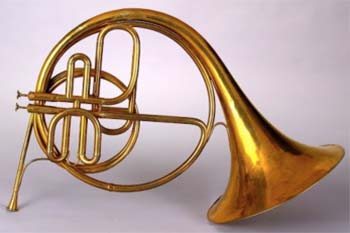 Unique Sources of Sound are All Around

Over 1,200 instruments and music-related artifacts including American, European and non-Western instruments from all cultures and time periods are on display to the public, a fraction of the expansive collection.

A few fascinating artifacts include the ‘Amati King’, the world’s oldest cello, the ‘Harrison’ Stradivari violin which dates back to 1693 and more recent pop culture pieces like Bob Dylan and Elvis Presley’s guitars.

However, the list doesn’t end there, with highlights including the world’s oldest playable harpsichord which resembles a small piano and the largest Javanese gamelan orchestra outside Indonesia.

Jim Leach, the National Endowment for the Humanities Chairman called the museum “a national treasure.” Guests are amazed at the vast collection of musical instruments in the heartland of the United States. 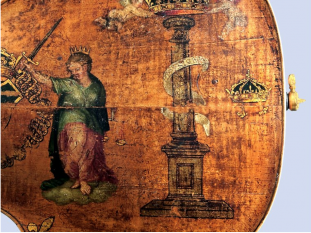 The museum is currently displaying an exhibit on the Sax family, celebrating the 201st anniversary of Adolphe Sax’s birth.  Sax patented more than just the renowned saxophone named after him, he also created the saxhorn and saxotromba as well as developing instruments with multiple bells and six independent valves.

Visitors can learn about the early life of Sax and what inspired him to create the ever so popular saxophone of today.

Unveiling the Mysteries of the King Cello is another exhibit at the museum, where visitors learn about the past life of the world’s oldest surviving cello, seen through CT scans and iconographic studies.

The cello is commonly known as “The King” and although no one knows exactly when it was made it can be assumed that it was around the mid-1500s in Cremona, Italy. Visitors look in awe at the intricate paintings throughout the cello and learn about the work and research it took to learn about the the cello’s background.

The museum is open to the public 9:00 AM- 5:00 PM Monday through Sunday and 1:00 PM- 5:00 PM on Sundays. Admission fees range from $10.00 for adults, $8.00 for Seniors and Military and is free to children, USD students and non-USD students with valid school IDs. The museum is located at the corner of Clark and Yale Streets, on the south edge of the University of South Dakota Campus. The building was originally the University library built in 1910.

Soon the National Music Museum will undergo a $15-million architectural expansion. The new complex will triple the current 23,000 square feet of gallery space providing ample room to move artifacts from storage to the floor.

The New York Times called the museum “a musical Smithsonian” and with these new improvements it will soon uphold even closer to these standards.

So whether you are a music fanatic or looking for a unique stop on your way to Mount Rushmore, check out the National Music Museum and see for yourself all it has to offer.