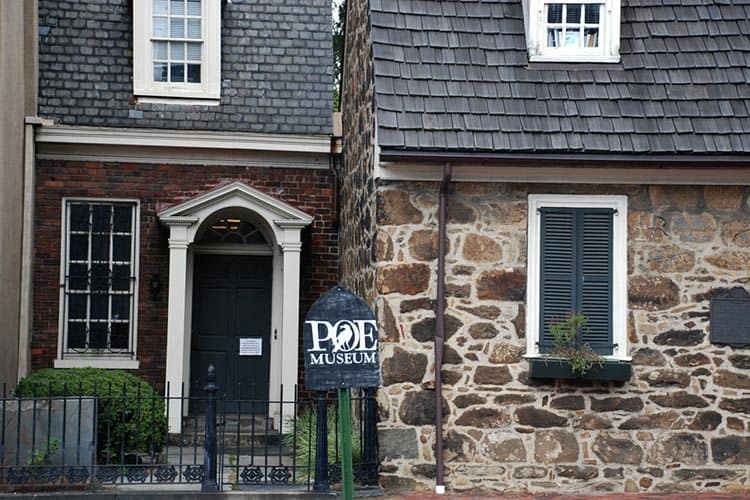 The entrance of the Old Stone House, home to the Poe Museum.

Edgar Allan Poe never lived in the building that is now occupied by the Poe Museum; however, he had the greatest successes of his life while living in Richmond. 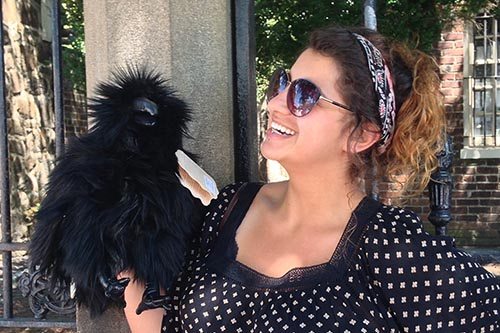 Located in Shockoe Bottom, the “Old Stone House” stands both as the oldest original building in the city, and as home to the Poe Museum. Opened in 1922, the museum has since grown to three buildings and one “Enchanted Garden” in size.

Shockoe Bottom is one of the oldest portions of the James River-banked Virginia capital, nestled nicely against the residential neighborhood of Church Hill. For visitors to Richmond who are looking to find the presence of Poe (and poetry) on their trip, this is the portion of the city to see.

Poe moved from Boston as a young child after the death of his mother Eliza. An orphan, he was left in the care of John and Frances Allan (John’s refusal to ever fully adopt Poe would be a constant tension in his life).

From that point, Poe lived in Richmond until adulthood and then would return periodically until his early death. 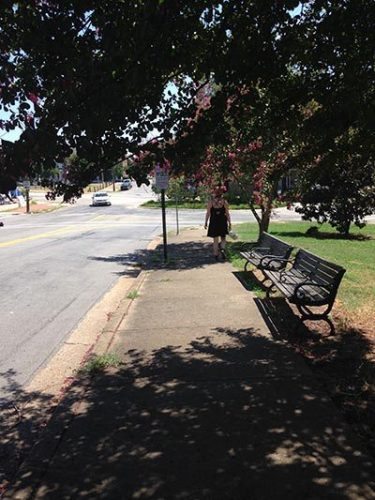 A street in the Church Hill district of Richmond, Virginia.

He had many homes in the city, all located around the area of the Poe Museum.

Also nearby is the gravesite of his mother at Church Hill’s St. John’s Church.

Visiting the museum, patrons enter through the gift shop in the Old Stone House and then have free range of three buildings packed with Poe memorabilia.

In the first building, you’ll wander the quaint rooms showing a mix of Poe’s childhood possessions, and haunting family portraits; all are captioned with explanations of his intricate family life tensions.

Learning of Poe’s private life lends a new perspective into his later turmoil-packed works of literature.

A must-see is a gallery located in the upstairs that boasts a collection of disproved Poe items; such as wrongly credited works of art, inaccurately claimed photographs of Poe, and even forged letters.

After this, there are two more buildings to explore, where you’ll see rare editions of Poe’s works, original manuscripts, and even the items that were in his trunk at the time of his sudden death.

Your tour is concluded with a detailed timeline explaining the complex nomadic lifestyle of our beloved, but burdened, poet. 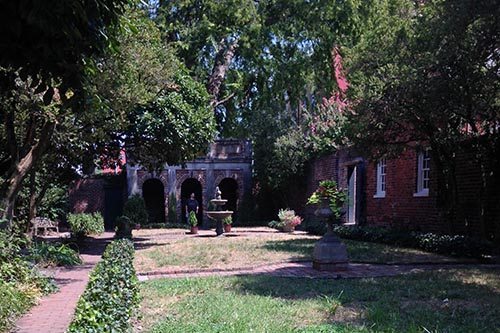 The Enchanted Garden at the Poe Museum in Richmond, Virginia.

In an ode to the author’s personal description of paradise, the Poe Museum created its own Enchanted Garden.

Crafted in the vision of Poe’s “To One In Paradise,” the garden brightens a central courtyard with tended flower beds, nestled stone benches, and ivy-clad walls.

The brick and stone pathways are made of repurposed materials from the historic Southern Literary Messenger building, where Poe’s first break in publishing began the success of his career. The ivy that climbs around the garden’s edge is taken from Eliza Poe’s grave.

Beyond a boisterous central fountain, at the end of the Enchanted Garden is the three-arc structure of the Poe Shrine. Visitors step past the ivy-burdened columns to find a bust of Poe that is equally overflowing with life.

When the museum opened in 1922, a weekend of activities in the Enchanted Garden welcomed visitors to the Poe Shrine. 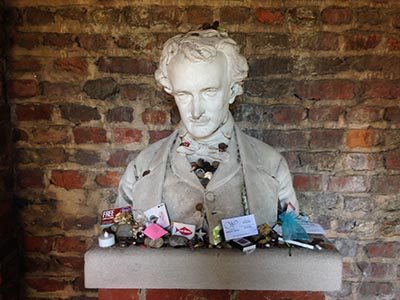 A bust of Edgar Allan Poe in the Poe Shrine at the Poe Museum.

Proving the community’s desire to honor their melancholy writer, visitors not only came to see the shrine but to pay tribute to Poe’s memory.

Poe’s bust is now stacked with different honors; such as pennies, charms, worn notes, tiny pebbles, and any other symbols of thought and thanks.

A Raven of Your Own

A visit to the Poe Museum is of course not complete without a souvenir to make the occasion a forevermore in your memory.

Luckily, with a quick stop in the gift shop on your way out, you can buy your own raven to lament over.

The shop offers ravens of all different sizes, but, if you’re anything like me, the large hand puppets are too hard to resist.

The Poe Museum gift shop features other adorable Poe-themed mementos including everything from drinkware to apparel.

Of course, there’s also a shelf full of Poe’s most popular works. So, visitors can walk away with a piece of Poe in any way they’d like.

A Couple of Cats 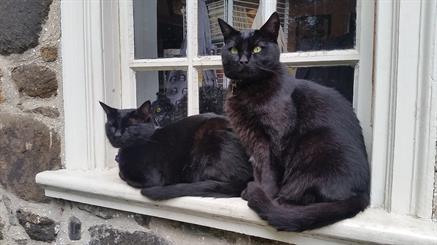 During your visit, you may even see one of the Poe Museum cats. Poe was so fond of cats that he was known for writing with his cat, Catterina, sat on his shoulder.

In honor of his fondness for the animals, the Poe Museum has two cats of their own that wander the grounds.

In the words of Poe, they could very well be “one of the most remarkable black cats in the world.”