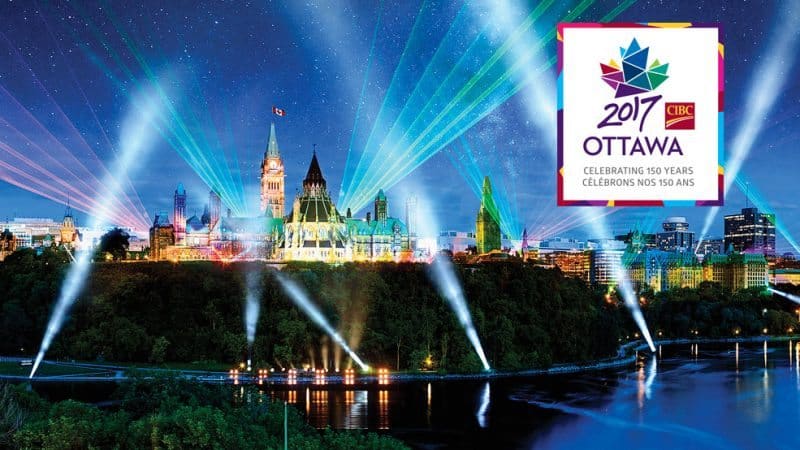 Ottawa 2017 marks the 150th birthday for Canada, and the capital plans to celebrate with plenty of events. 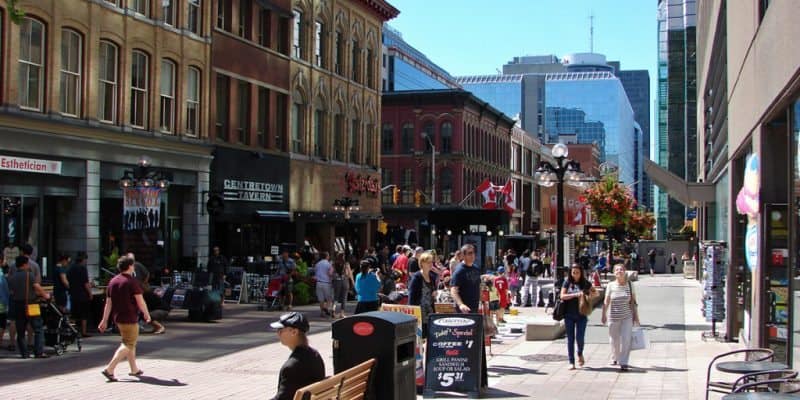 Ottawa’s streets are a cultural haven, offering countless options for shopping and dining.

2017 marks the 150th birthday of the Canadian Confederation, and Ottawa is hosting its birthday party.

The celebration is a year-long, with cultural events taking place in various locations In Canada throughout the year. The events are being hosted by Canada’s Ottawa 2017 Bureau.

The programs will join Canadian citizens and tourists alike in making the capital city the place for all people to celebrate. The events are described to be “big, bold, immersive, and transformative” by the Ottawa 2017 as well as “events you won’t want to miss”.

With so many events taking place in Canada this year, you now have the perfect excuse for your next getaway trip.

The preconceived ideas associated with Ottawa are ones that are outdated and need some serious updating.

Most people consider Ottawa a bureaucratic city, one with a lot of government buildings that work long, hard hours and close their shades early in the day.

Yet, Canada’s capital city a cultural haven. On the border of Ontario and Quebec, it boasts a bilingual and multicultural atmosphere where you can hear both French and English being spoken in casual conversation.

And as Ottawa begins to put up a fight for tourism against its neighboring Canadian cities, Toronto and Montreal, the industries there are growing rapidly.

A Growing Food Culture, Too

The food culture in Ottawa is becoming more and more competitive, with cafes, restaurants, and bars popping up in all of the city’s districts, each one claiming a different ambiance and a unique cuisine.

Getting around Ottawa has been made incredibly fast and even more so convenient with the construction of a billion-dollar light-rail train system, called “the O-Train”, throughout the city.

Keeping yourself busy in Ottawa is an easy task. Take a walk down the Rideau Canal, the river that meanders through the center of the city.

Grab some lunch at the ByWard market, one of the country’s oldest and largest public markets. Admire the architecture on Parliament Hill, which is considered by most as “the anchor of downtown Ottawa”.

The city has much to offer on its own, and this year, with the edition of the 150th birthday events, there’s always something to do. If there’s any year to visit the Canadian capital, 2017 is the one! 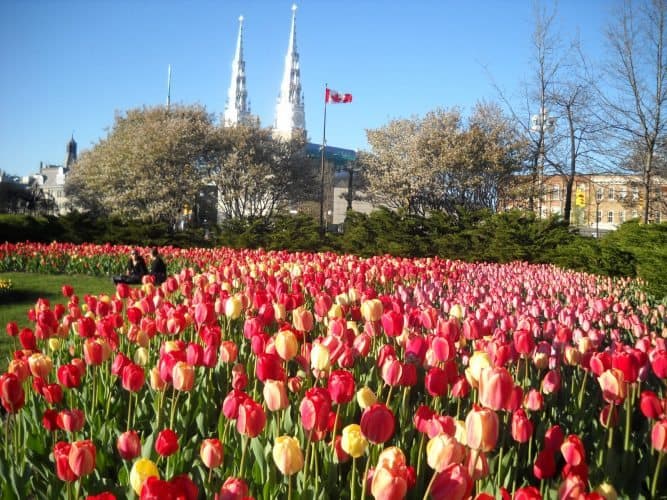 The Canadian Tulip Festival means Spring in Ottawa is in full bloom.

Canada has committed itself to bettering its lands and its activities, through a series of acts throughout the year including: the planting of 150 native Canadian maples trees, free lockage on the Rideau Canal, and a display of the Photography in Canada (1960-2000) at the National Gallery of Canada.

As Spring begins to bloom in Ottawa, so do the tulips. May of 2017 marks the beginning of the Canadian Tulip Festival, a celebration of the country’s official flower.

The tulip has held a special significance in Canadian history since World War II, and makes the Canadian Tulip Festival a very meaningful event.

The Royal family of the Netherlands took refuge in Ottawa during the war while Canadian troops played a pivotal role in the liberation of the Netherlands. The Royal Family repaid the country with a gift of 100,00 tulip bulbs to be planted in the city.

This year marks the 65th annual festival, and tulip displays can be seen in four official locations: Commissioners PArk, the ByWard Market neighborhood, Aberdeen Pavilion, and the Garden Promenade.

The festival spans ten days, from May 12th-May 22nd, but the flowers are displayed through the season in its entirety. In October, Ottawa will also host the World Tulip Summit.

In order to celebrate Canada’s 150th birthday, the Canadian National Parks services are offering free admission to all the national parks throughout the country.

In addition, lockage along of all Canada’s canals will be free for visitors. This includes Ottawa’s signature landmark, the Rideau Canal. The Rideau Canal, a UNESCO World Heritage Site, stretches 126 miles through the city, from Ottawa to Lake Ontario, offering countless waterways and docks for boats to pull up to.

There are plenty of options for renting kayaks and the Rideau Canal Cruise company offers guided tours through downtown Ottawa on their electric boats. 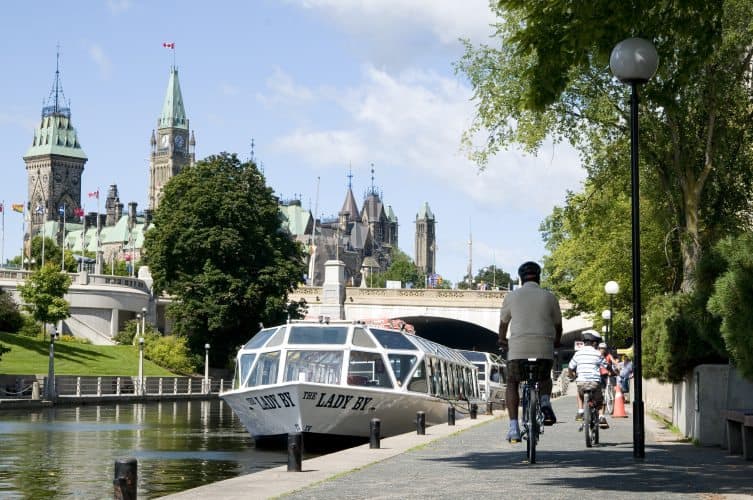 The Rideau Canal is a UNESCO World Heritage Site and offers countless outdoor activities, both on land and on water.

The Rideau Canal Cruise runs during the Spring and Summer months, from May 19th to October 9th of this year.

And for the landlubbers, take a stroll alongside the Rideau Canal or rent a bike.

Ottawa also launched 15 new cycling routes to be completed for the Spring of 2017.

RentABike can be found adjacent to the Rideau Canal on Rideau Street for quick and convenient access to the bike paths.

With such an extensive list of events taking place throughout the year, one has to wonder who the mastermind is behind such a production.

Guy Leflamme is considered the “brains behind the operation”, as the executive director of the Ottawa 2017 events list. Leflamme is a visionary, working to make the 150th year anniversary for the country a party unlike any that the country has experienced.

And he wants Ottawa to be the epicenter of this celebration. Leflamme describes his motivation for such extensive events as: “needing to show the world — and the rest of Canada — what this city is all about”.

Leflamme is drawing his inspiration for the events being offered from other national celebrations around the globe.

London and Rome are two cities that have been inspiring him and his team to draw on their creative side, offering all types of things to do, ranging from sporting events, to grand openings, to legacy projects, to signature events. 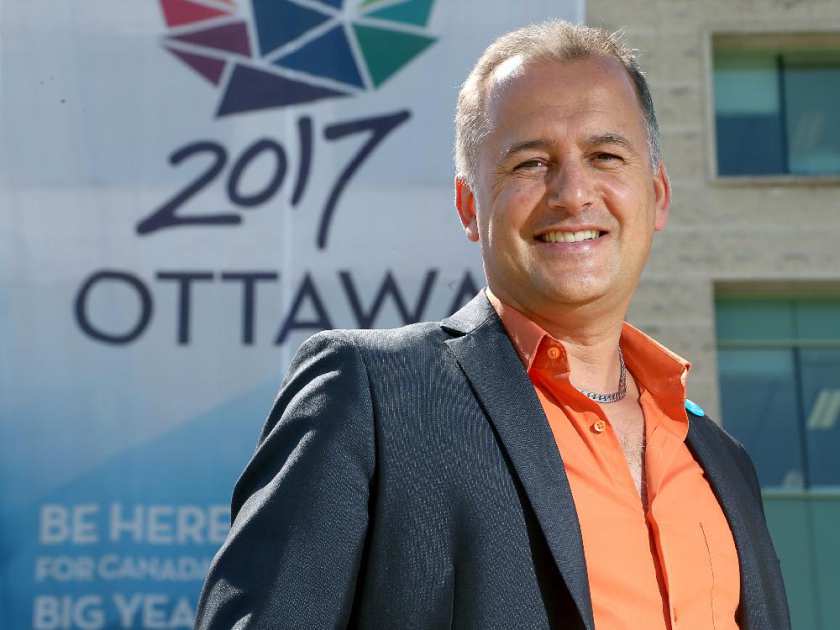 Tourism in Ottawa has never been an influential market, but that is going to change this year with the capital’s year long birthday party.

The celebration is projected to increase Ottawa’s annual tourism rate by 20%, and Leflamme is confident that once people have seen what Ottawa has to offer, they’ll be more than compelled to come back and see it again.

There’s a lot going on this year in Canada, and Ottawa is the place to experience it all.