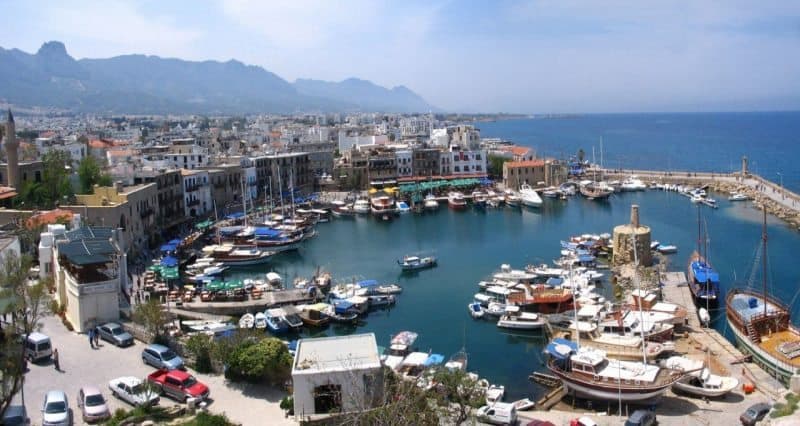 The view over the North Cyprus harbor boasts stunning views of the city as well as the Mediterranean.

Most travelers have never experienced a country quite like North Cyprus. It is often times said that crossing into this Turkish-controlled territory is akin to time travel. North Cyprus boasts remote villages and a drastically slower-paced lifestyle, in what is known to most as “the way the Mediterranean used to be”. 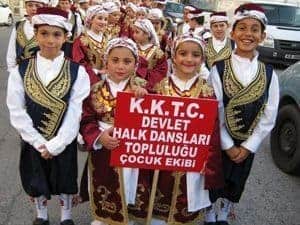 For such a small territory, just 1300 square miles, North Cyprus has a rich history.  It is one that is continuously changing and developing to this day. In the early 1970’s, the people of Cyprus attempted a coup d’etat to annex the island to Greece. This prompted a Turkish invasion, which resulted in a split between the North and the South of Cyprus, where Greek Cypriots claimed the North and Turkish Cypriots relocated to the South.

Since then, there have been two Cypruses, one a member of the European Union, and the other, smaller North Cyprus only recognized by Turkey.

It wasn’t until 1983 that North Cyprus gained its declaration of independence. However, there is still a very strong Turkish presence in North Cyprus and because of its lack of recognition, it still relies heavily on Turkey for economic, political, and military support. 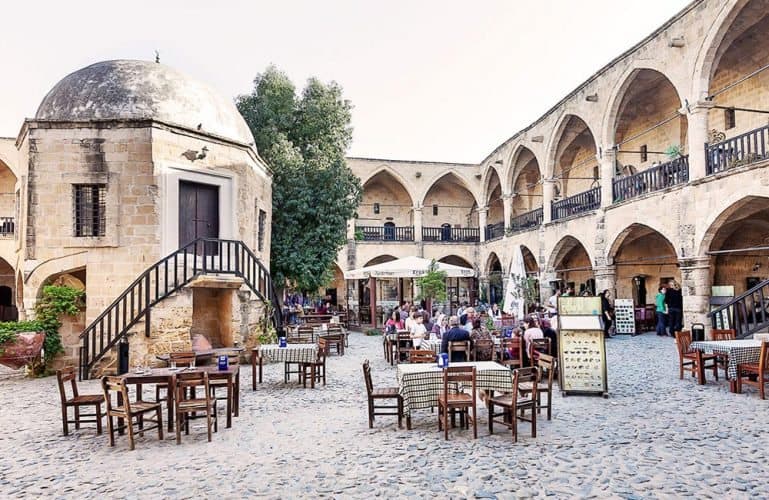 The walled city of Nicosia is home to countless cafes and souvenir shops.

The official language remains Turkish, yet you can still hear a rather distinct local dialect throughout the nation’s streets. English is also considered a second language of the region, and can often be spoken, especially in the regions that promote tourism.

The vast majority of the population consists of Sunni Muslims, but North Cyprus boasts a rather inclusive religious attitude, most areas remain moderate and secular.

The economy has seen substantial growth in the previous decade and is expected to continue to grow rapidly due to an increasing interest in tourism. The North Cyprus economy is dominated by the service sector and is beginning to provide visitors with all types of experiences, everything from luxurious resorts to local amenities interspersed throughout the city streets.

The North Cyprus economy is dominated by the service sector and is beginning to provide visitors with all types of experiences, everything from luxurious resorts to local amenities interspersed throughout the city streets.

In 2012, the country received over 1.1 million tourists, a number that more than doubled from the 1990s to the 2000s. More and more people are beginning to recognize North Cyprus for its rich history, its consistently warm climate, and its outstanding beaches.

The local tourism board in North Cyprus encourages visitors to come and experience the “over 120 miles of golden sands, secluded coves and sheltered bays all gently lapped by crystal clear waters”. It is still able to boast a sense of seclusion that nearly no other Mediterranean destination can offer.

And while the beaches attract most for holidays and retreats, a branch of ecotourism is growing extensively as well. The North Cyprus tourism board promotes the “marvelous Mediterranean biodiversity both underwater, diving with the endemic loggerhead or green sea turtles, to scanning sapphire skies with a pair of binoculars for the vast array of avian life”.

Cyprus Active, one of the most well-known tour companies on the island, provides visitors with a unique to experience on “a jeep safari” which takes you through the history of the towns as well as through the natural landscapes to see some of the views that travelers cannot reach alone on foot without substantial knowledge of the island. North Cyprus is divided into relatively distinct regions, and it is worth noting what each of the different areas has to offer. 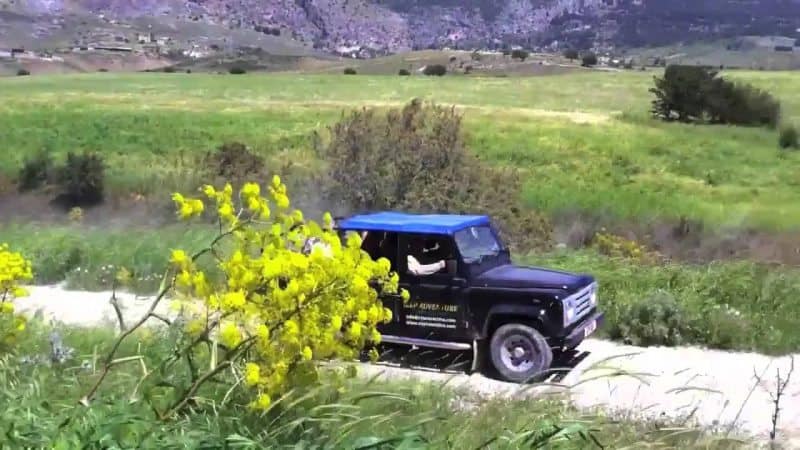 For many years these two regions in the north have been known as “the fruit basket of Cyprus” for it is a predominantly agricultural area. Available here is an abundance of green, fertile land home to all varieties of citrus trees, soft fruits, nuts, and various vegetable gardens.

Both Cyprus and North Cyprus are famous for the potatoes.

This region is historically rich for it is home to the ancient Bronze Age town of Toumba Tou Skourou. Upon seeing this 6th-century B.C. city and the hilltop palace of Vouni, travelers experience a rich, cultural and historical heritage that is unlike any other on the European mainland. 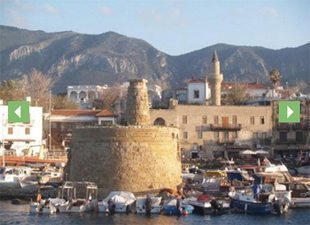 One of the essential stops in this region is the Church of St. Mamas, built in the 18th-century. St. Mamas boasts a unique history and a very compelling legend, for St. Mamas is known as the patron saint of tax avoiders.

It is a legend not to be read about online or in books, but to be experienced as it is told by the locals. Let’s just say, it involves a court case and a lamb being attacked by a lion. The rest is up to the traveler to discover.

The church has been left to the public as a museum and remains almost exactly intact from the way it was left in 1974. The tourism board, locals, and travelers alike all profess that the church is worth visit solely to lay your eyes on the chandelier that hangs in the center of the nave.

Nicosia is the capital and largest city of the North Cyprus territory. It is unique in the sense that it is a walled city, secluded from the rest of both Cyprus and its Northern counterpart. The city has been declared a protected area by the Turkish Department of Antiquities and is home to 672 buildings of historical value.

Visiting Nicosia does, in fact, require carrying your passport and filling out a visa slip to be stamped upon entrance, but it is a simple procedure and only takes a matter of minutes. The 672 historic buildings consist of mosques, churches, and museums.

The streets are dusty, but the cafes and the souvenir shops are welcoming to all tourists. In order to truly experience the way that Cypriots live, a visit to Nicosia is essential. 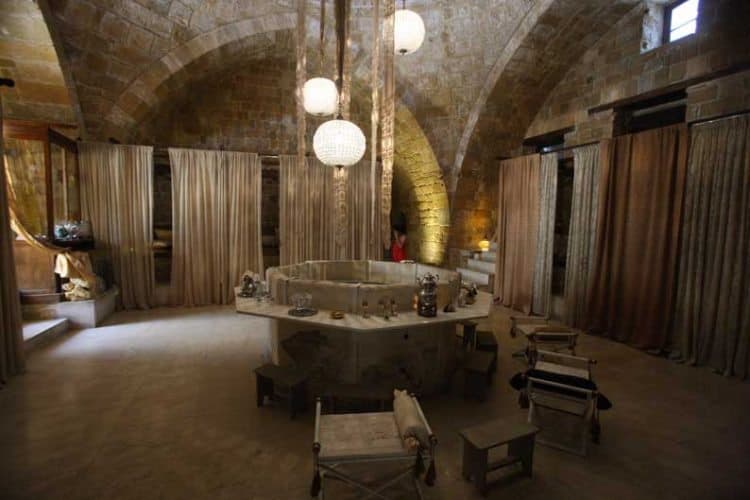 The Omeriye Baths remain as authentic as they can having been built thousands of years ago.

Another sight that cannot be missed in Nicosia is the Omeriye Bath House. The Omeriye Bath is a stone structure, built from local materials in the late 16th-century.

The domes and stone walls make it a significant landmark in the city. It was originally built as a gift to the city by Ottoman commander, Lala Mustafa Pasha. It is located just north of Omeriye Mosque, which boasts stunning architecture and a rich look into Cypriot history as well.

When planning a visit to the Omeriye Bath it is essential to note that entrance is segregated. Mondays are the only day in which couples can visit together. Tuesdays, Thursdays, and Saturdays for men only, while Wednesdays, Fridays, and Sundays are open for women. 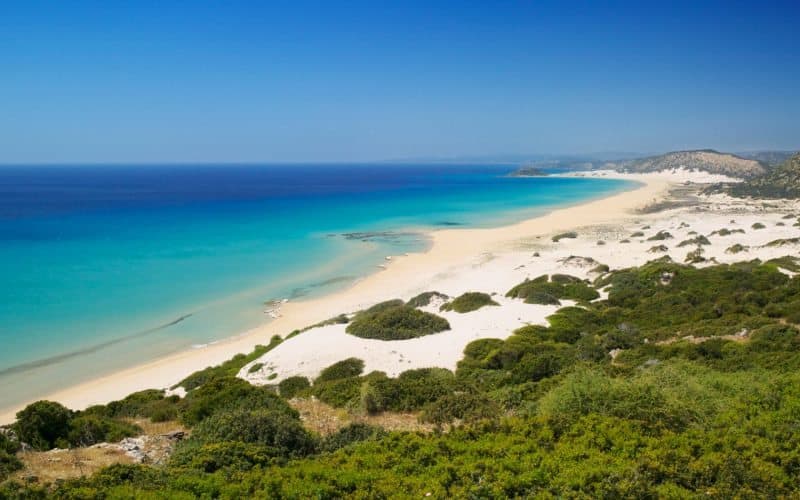 The views from Karpaz Peninsula are ones that cannot be missed.

No trip to North Cyprus is complete without a visit to the Karpaz Peninsula. As far as the eye can see on this land, there are donkeys, trees, and flowers that meet the blue waters of the Mediterranean.

While it is possible to visit Karpaz in a day, visitors that have done the trip before do not recommend trying to do so. In order to truly experience the Karpaz Peninsula, you need a few days. It is impossible to rush through this area and experience what it has to offer.

It is “a place where time seems to stand still”. Bafra Beach is a can’t-miss location on the peninsula. Its white sands are unmatched and it’s a fantastic place to swim in the  warm Mediterranean.

North Cyprus is unique and not nearly as well-known as it should be for the views and experiences it has to offer. It’s a secret that both the Cypriot locals and the tourism board agree has profound potential when it is shared with the world.

In the coming decades, tourism is expected to increase drastically, so now is the best opportunity to experience it while it boasts seclusion, awe-inspiring views, and its cultural authenticity.