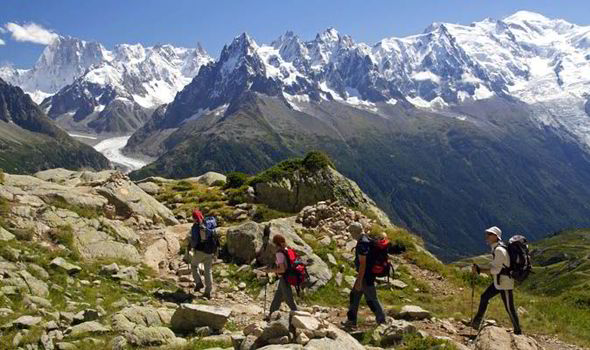 Trekking through the French Alps is an extensive and long climb with stunning views.

In Jonathan Arlan’s memoir Mountain Lines, he reflects upon the personal experiences he faced during his 400-mile walk through the French Alps.

Arlan’s accounts of his experience, both the sensations and their accompanying thoughts, are remarkably genuine and accurate throughout the novel. He describes the highs and lows of such a journey, both literally and figuratively as he reaches summits and descends into valleys.

The awe, the pain, the frustration, and the excitement he recounts are feelings that any traveler can relate to, regardless of their own experiences. Mountain Lines describes human emotion in its truest form. 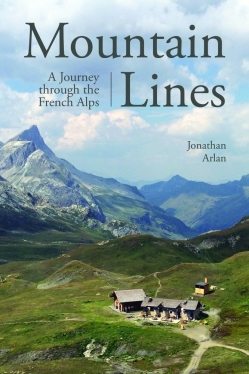 The book cover shows just one of the French Alps’ beautiful picturesque scenes.

Arlan introduces the reader to his situation before he has taken on such a massive feat in the story’s introduction. As he is nearing thirty, Arlan is growing restless, tired of his monotonous everyday routine.

It is a feeling that almost every traveler has experienced. After having seen the magnificent views and the enchanting cities that the world has to offer, it’s impossible not to daydream about those places on your morning commute to work.

When he stumbled upon an image on the internet one day, Arlan begins to study a map of the southeast corner of France, where the Alps are marked simply by a red line running south from Lake Geneva all the way down to the Mediterranean.

It is the image of this red line that inspires Arlan to commit himself to this journey.

The Excitement of the Idea

In the beginning of the novel, Arlan describes a feeling well-known to travelers of all different walks of life. He describes the overwhelming excitement of the idea of such a trip, only to be later reminded of the harsh realities that such a trip guarantees:

“Some days it was all I could think about. I would picture myself in the photographs I had seen on the internet, images of ice-capped mountains of endless fields of wildflowers, of warm dining rooms full of like-minded people…I dreamt, as one dreams of a long-lost love, of walking myself into the sea.

It as only once I’d committed to the journey, once I’d bought the plane ticket that I started to worry about it”.

Arlan sets to his adventure lacking any previous outdoor experience, roughly out of shape, and nearly overtaken by last minute nerves. The beginning suggests a sense of hopelessness that Arlan himself experienced and encourages his reader to experience with him. Yet, as his journey continues, he begins to find his mountain legs. 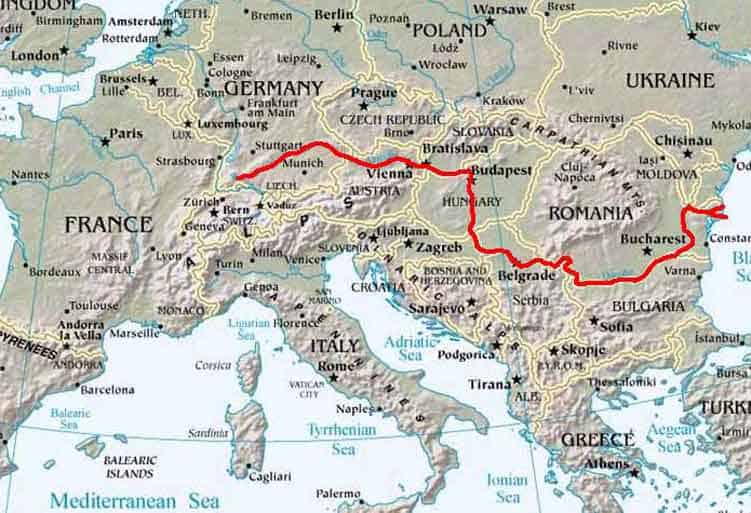 Arlan describes stumbling upon a google image of the red line that traces the French Alps and feeling inspired.

And as he does so, he realizes how much pain mountain legs can cause, he vividly retells the feelings of aches and pains unlike any others that he had ever felt.

Almost simultaneously, Arlan contrasts these depictions of raw human pain with illustrations of his surrounding landscapes.

He describes everything from the grass, dirt and rock, to the ice-capped peaks in the High Alps shrouded in clouds.

He speaks of hamlets, sheep-filled pastures, and countless lakes as he walks endlessly towards the Mediterranean.

Arlan manages to paint these picturesque landscapes without romanticizing them. His walk, he reminds us, is as exhausting as it is exhilarating.

Perhaps one of the account’s most climatic moments – no pun intended – is when he reaches the peak that provides him with the grandiose view of Mont Blanc.

Anyone that has ever reached a summit, tired and out of breath, knows the overwhelming feelings that come when you finally see the far-reaching landscapes below.

The way Arlan articulates this moment is both honest and endearing, it suggests an impressive grasp on both the English language and the sensations provided from such a moment: 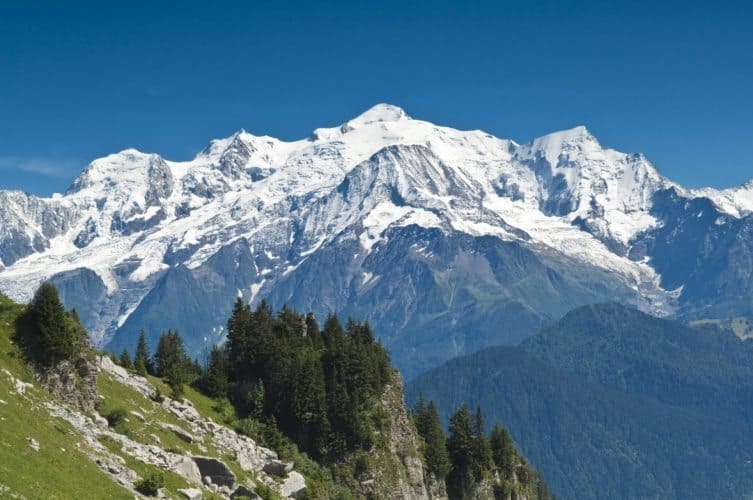 Mount Blanc, which Arlan describes, is known as the “the roof of Europe”.

“Where the clouds broke, light glinted off the steel-black rock. The mountains rescaled the world around me and I stared at them, gobsmacked and dumbfounded like I had discovered them.

And in some sense, I had…I recognized it from the pictures, like a celebrity I’d only seen in magazines: Mont Blanc, the roof of Europe.”

The reviews of Mountain Lines are consistently filled with praise, highlighting the honesty and inspiration that the text promotes.

The Publisher’s Weekly review makes the claim that one of the greatest pleasures of the book is that “Arlan strives for no grand pronouncements as reaches the end of his trail, just stating the satisfaction of accomplishing a goal”.

Likewise, Anna Badkhen, author and travel writer, boasts of the novel’s effects claiming the book is an opportunity to be reminded that: “wandering, and wondering, can and should be an accessible miracle, easy to fall in love with and to pursue”.

The seemingly endless praise of the book remains relatively consistent, it is the type of praise that suggests the book is tailored towards a specific type of reader.

The reader is not necessarily limited to those that strive to complete the same trek, or perhaps even any hiking trail at all. The book is meant to inspire travelers of all kinds to take the necessary steps in starting their own adventure and to embrace both the highs and the lows of any trip. 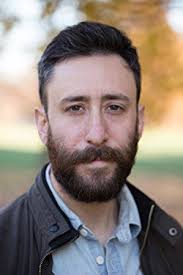 Jonathan Arlan is an author and editor that now currently resides in Kansas City.

Jonathan Arlan is a writer and editor now living in Kansas City, Missouri. After having been raised in the Great Plains, he has spent years residing in New Orleans, New York, Egypt, Japan, and Serbia.

His traveling has been extensive, but Mountain Lines is his only published book thus far. Arlan is proud of the way he retells his story in his memoir, and rather nonchalantly refers to the text by saying:

“In any case, I’ve etched a version of my trip into my brain in the months since — and for better or worse, it’s all I have.”

This rings true for all travelers and all adventures. Sure, we can post pictures on facebook and we share stories with friends and family. But in the months and the years that follow, the version of the trip etched into your brain is all you truly have. And maybe that is for the best.

Mountain Lines is a compelling narrative. Perhaps a review may seem like too much of a spoiler alert. Yet, Arlan never comes to any profound, grand conclusion from his experience and nor is he meant to. It is laced with humor, wonder, and curiosity.

The book is worth reading solely for the genuine way it depicts a traveler’s relationship with adventure.