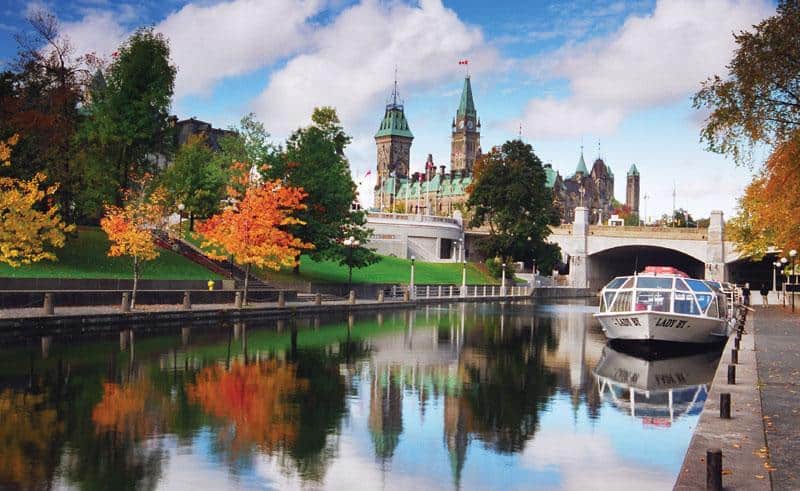 A new type of travel is coming to North America — and it’s coming by sea. Le Boat, Europe’s largest self-drive recreational boating company, is scheduled to open its first North American operations in 2018.

For most travelers, even those that like to travel off the beaten path, becoming a self-proclaimed captain may seem like a stretch. But Le Boat assures its customers that no license and no experience is necessary and that operating any of their fleets is both simple and rewarding. 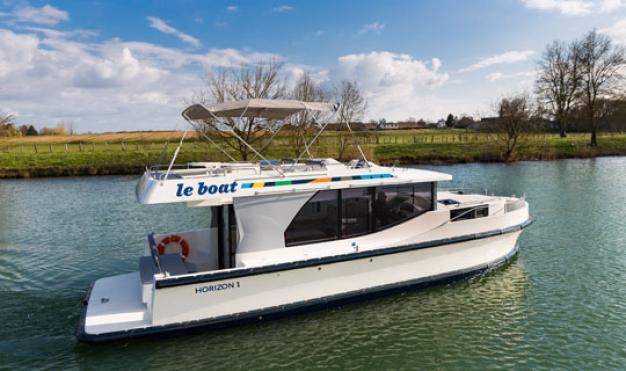 The Horizon is the type of cruiser that is most popular amongst Le Boat customers.

The Le Boat staff carries out a mandatory briefing and demonstration where travelers learn how to safely and effectively operate their ship.

Le Boat compares this type of travel by saying, “Consider it just like renting a car. It’s just like driving, but much easier and more relaxing!”

Le Boat will offer its guests the chance to travel down the canal on their private and personally-operated boat.

The company will be investing an estimated  $16 million Canadian dollars ($12 million USD), in its first North American destination.

A Costly, but Worthwhile Investment

The base infrastructure will include services along the length of the whole canal, from Ottawa to Kingston, with its main fleet residing along the canal in Smith Falls. This is a smart move on the company’s part, as Smith Falls is referred to as “the heart of the Rideau Canal” by locals and visitors alike. 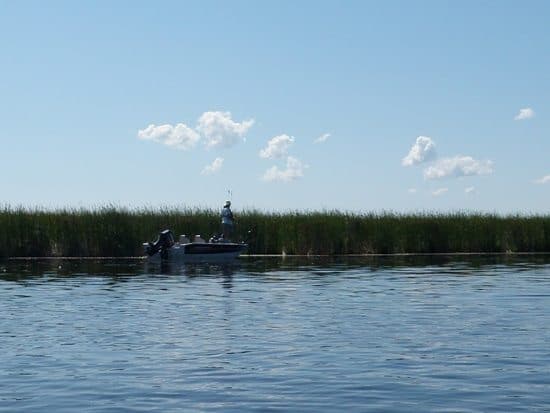 The Rideau Canal is perfect for summer activities like fishing, paddle boarding, and swimming.

Le Boat will begin its Canadian fleet with 16 cruisers, and is projected to double in size over the next five years. And while the Le Boat boating season in North America won’t officially launch until May of 2018,  booking will begin in the spring of 2017.

The season in Canada runs only during the warm summer months, when the Canadian weather is relatively calm and pleasant, from May to October.

The Rideau Canal- “A Vacationer’s Dream”

Le Boat’s managing director, Cheryl Brown, is wholeheartedly pleased with the company’s first North American destination. The Rideau Canal is what Le Boat refers to as “a vacationer’s dream.”

The canal offers the best of all of Le Boat’s European destinations in one place. Rideau has “the elegant beauty and charm of French waterways, the delightful lagoons of Italy. And the scenic lakes and rivers of Ireland, Holland, and Germany”.

Its visitors rave of its offerings, and insist that taking a stroll along the Canal is simply not enough to fully experience it for what it’s worth. The Rideau is one that must be experienced from within, riding down the Canal waterways and experiencing the countless activities — everything from fishing to paddle boarding, to bird-watching and swimming. 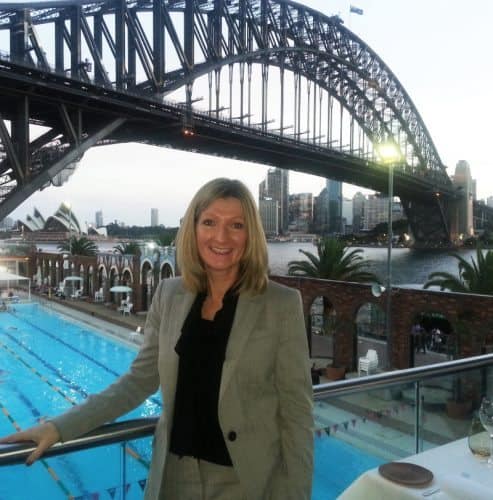 And what the Rideau Canal has to offer is certainly not going unnoticed.

When Le Boat was in the process of choosing its first North American destination, they conducted a survey of their previous customer base.

Ninety-one percent of US and Canadian citizens said they would be more than willing to spend their holiday boating in Ontario. Across the pond, an exciting 88% of European respondents saying that they would be interested in the fleet in Ontario, Canada.

The founding of Le Boat’s first North American destination speaks largely toward the growing and diversifying demographic of its customers.

A Variety of Captains

Customer groups include small groups of friends, couples, and families with children of all ages. The North American customer base, similar to that of its European counterpart, is expected to be tailored towards a wealthier, upper-middle class, clientele.

Le Boat has come to find its highest success in its premium cruisers, the more expensive ones, which offer larger rooms, top-deck areas, additional amenities on board, and a generally higher level of comfort. 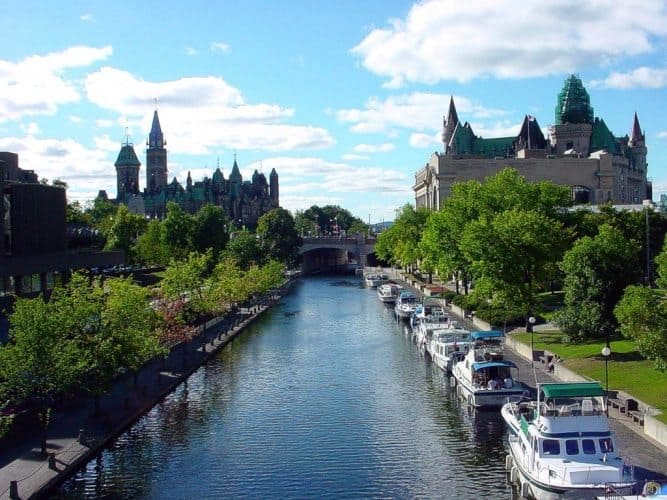 The Rideau Canal boasts incredible views all along its route, from Ottawa to Kingston.

Le Boat’s North American operations are looking forward to working alongside the Canadian Tourism Board in Ontario Canada, in hopes to attract more guests to Canada’s second largest, and already most populous, province.

Cheryl Brown is confident that the company’s operations will bring even furthered economic benefits to Ontario. They are projecting “extended stays in Ontario from visitors ‘book-ending’ their experiences on the Canal with the opportunity to stay on land and see what else Ontario has to offer”.

Interestingly enough, Canadian tourism is beginning to attract a younger traveler demographic. The number of travelers aged 24 and below surged 24% in the past 5 years, and now these millennials make up 20% of Canada’s tourist population.

Le Boat is interested to see if this changing demographic in travelers will have any sort of substantial effect on their customer base in its first North American destination. 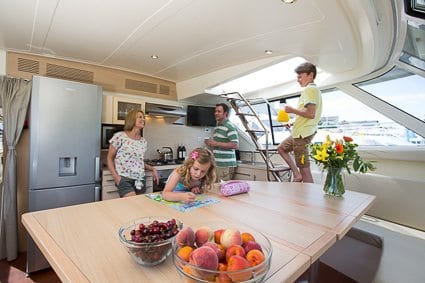 The interior of the Le Boat cruisers vary in size, and can accommodate friends, couples, or families.

Le Boat currently operates in eight European countries and offers a variety of suggested itineraries for guests to follow as they explore each destination. One of the company’s most popular destinations is France, where guests can experience the Canal du Midi, in the country’s South. The canal is Europe’s oldest waterway and stretches from the Atlantic to the Mediterranean.

And the company’s reviews do not fall short of praise. Two travelers, Moggs and Seagill, both referred to their trip with Le Boat as “one of the most memorable vacations for their families”.

While hesitant at first of the convenience of such a mode of transportation, the travelers found it much simpler to stop the boat when desired and explore the towns surrounding the canals.

Cheryl Brown is confident that the operations in North America in 2018 will be an important step for Le Boat as a company, and for this type of alternative travel as a whole.

It’s a win-win situation, for Canadians and travelers alike. The Rideau Canal will continue to become known as a “bucket list” location, while Le Boat aims will increase its international presence and expand its services to travelers of many types, as they establish themselves across the Atlantic.