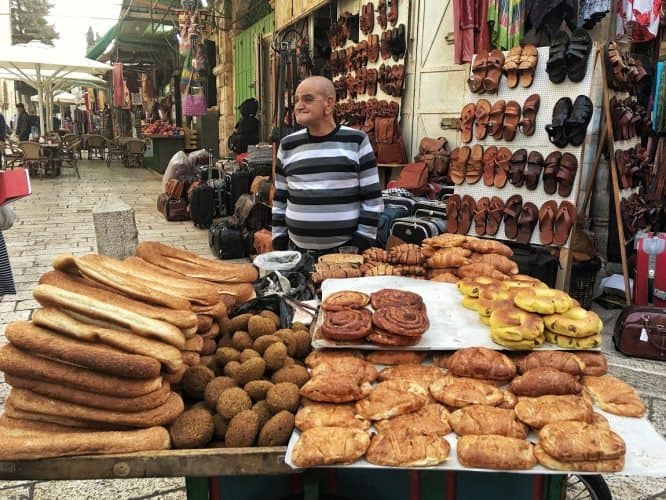 There’s more than one Jerusalem

“You pray in Jerusalem, but you party in Tel Aviv.” Those were the few words my friend Gianluca, who had been to Israel on business many times, told me when I mentioned I would finally visit the country. 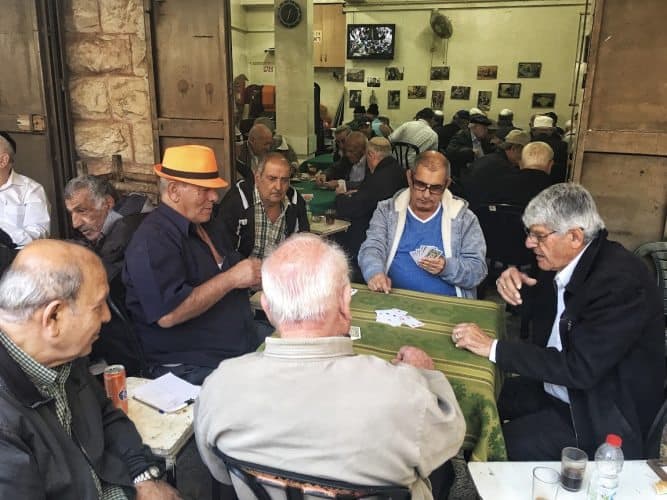 I tried a few times to go there, but it never happened. It almost felt like Israel was never going to be. But then, there it was, in my inbox, right after a few hours before when I had declared to a friend that I had made up my mind not to travel for at least three months–an email with an invitation to visit Jerusalem. It was my chance, and I would not let it go this time.

Curiously enough, in the course of my travels I have met a lot of Israelis, but not a single one from Jerusalem. All my Israeli friends are from either Tel Aviv or one of the neighboring cities, or further north from Netanya and Haifa. It is almost as if Jerusalemites would not travel as much as the rest of the Israelis.

What Gianluca told me almost made sense, then. And I drew conclusions before I knew it: “Party in Tel Aviv” – that’s why people from Tel Aviv would travel a lot. “Pray in Jerusalem” – a city with a large population of Orthodox Jews whose time is (apparently) better spent praying rather than partying like the rest of the Israelis.

Is Jerusalem really all about faith?

I couldn’t have been more wrong. I should have known better than being so hasty in categorizing the entire population of Jerusalem as a bunch of church (or rather synagogue, in this case) goers.

In fact, it turned out that Jerusalemites enjoy life just as much as the rest of their country fellows; they love modern art; they go out and party; they like their food; they dance to the tunes of the latest music trends; and they are just as loud (in an all-friendly-and-fun way) as other Israelis, but in a more subtle, less right-in-your-face way.

Don’t get me wrong. A huge part of Jerusalem is about faith, about traditions, about remembrance. That’s what most travelers go there for, and rightly so: the Wailing Wall, the Church of the Holy Sepulcher, the Israeli Museum with the Dead Sea Scrolls, the Yad Vashem museum, the Al Aqsa Mosque and the Dome of the Rock, and so on… 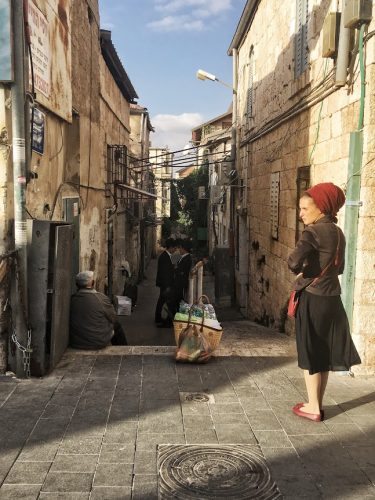 But Jerusalem is more than that – there are many more things to do in Jerusalem, it’s just that most people don’t spend long enough in the city to understand that. Or they are not bothered to go beyond the surface to get to its real . I was lucky: I had enough to go around and see those parts of Jerusalem that are often overlooked, and I was curious enough to see if Jerusalem was really all about prayers.

I spent my first couple of days in the city doing the classic things. Jerusalem appeared to me as a gorgeous city, yet distant; beautiful, yet a tad unwelcoming. I couldn’t quite put my finger on it; I couldn’t understand where the feeling of uneasiness I felt came from. I wondered whether the locals could be bothered with me, or just tolerated my presence, at most.

I put this impression aside, and continued exploring, a little bit deeper.

A Different Side of the City

A morning visit to the Mahane Yehuda Market set the tone for the remaining time I spent in Jerusalem. It was busy: packed with people shopping for the Shabbat dinner.

It was loud: vendors calling on customers, inviting them to try the sweetest fruit, or the crunchiest nuts, or the most fragrant teas; customers being incredibly vocal about their orders. It smelled delicious: the scent of freshly baked bread, of fruit, of food being cooked.

Add to all of this the occasional music being played by a local artist, people around listening, humming to the tunes, dancing – and that’s a fairly realistic picture of the beautiful chaos that Mahane Yehuda Market is. 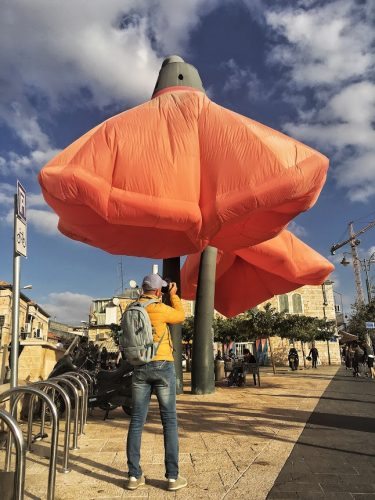 A further walk through the narrow back alleys of the Old City revealed a multitude of trendy vintage shops, coffee shops and eateries packed with people of all ages, sitting for a chat, a drink, a game of chest. A group of young men and women in their army uniforms was sitting around a table, chatting loudly and passing around a bowl of hummus.

“Perhaps I should eat too,” I thought. And that hummus looked so inviting. So I grabbed some, dipped my pita bread in it and ate voraciously: I guess the rumor that in Israel there’s the best hummus in the world is well justified.

I walked to the shop next door to have the typical coffee: a strong infusion of spices and ground coffee. I had never tried anything like that before: it was delicious. I continued my walk, attracted by the every day life of this city that looked so different from what I had seen till then. Outside a bakery, a group of women were laughing. They looked so happy that I couldn’t help smile at them. “Hey, do you want to grab a piece?” one of them asked me, opening a box and showing a cake.

I grabbed a slice – it was a deliciously moist orange and almond cake. It had the taste of the Mediterranean I am so used to; it reminded me of home. And the girls made me feel welcome, just like I feel back at home.

I left with a sweet taste in my mouth, and a warm feeling in my heart. I continued my ruminations around the city, finding a bunch of incredible modern art galleries (wait, wasn’t this a city of prayers and traditions?), hopping on a Segway to zip around town and make my way back to my hotel before I got ready for yet another feast of a dinner. 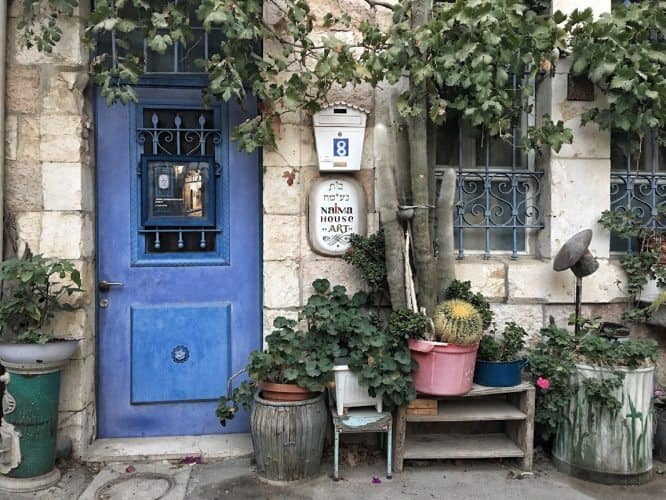 A house in the market area.

Incidentally, dinner was at First Station – a dismissed train station that has been beautifully converted into an open air shopping mall packed with lovely boutiques, art shops, and trendy restaurants that serve mouthwatering food (just as in the rest of the city).

I concluded that there is no such thing as going hungry in Israel: whether at a refined restaurant or at a small eatery, food is bound to be delicious.

Come to think of it, the food culture in Jerusalem is as 21st century as it gets, as it combines a love for good food (and slow food) with a mobile app that anybody can use to organize their very own self guided food tour.

I obliged to the following night – just for the sake of documenting the experience, you know. 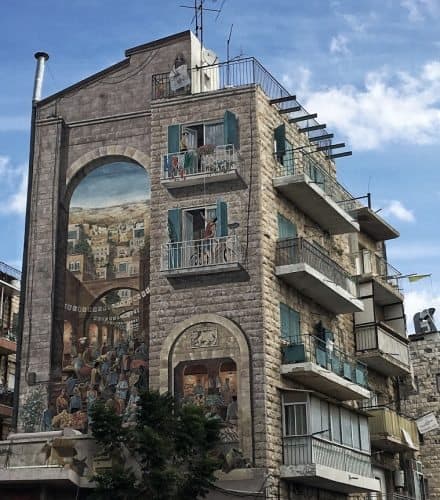 A trompe l’oeil on an apartment building.

So I went all around the Mahane Yehuda Market. Yes: the very same place that during the day sells bread, fruits and vegetables, at night becomes a pole of attraction for younger generations who crowd the many pubs, bars, eateries and trendy restaurants.

What was interesting is that Mahane Yehuda was just as loud as during business hours. But the blinds of shops were down, to reveal lots of street art, and the vibe was completely different: more festive, younger.

I concluded my self-guided food tour at a small pub that serves a whopping number of beers on tap. I sat down and ordered a sampler tray (once again, this was done just for the sake of documenting the experience) and next thing I knew I had started a conversation with a bunch of people – about traveling, about politics, about partying and life in general.

Just as I would do with my friends at home. The Jerusalem I came to know was completely different from the Jerusalem I had imagined, from the ones that most people talk about. My (this time not-so-hasty) conclusion was that there isn’t just one Jerusalem, there are many Jerusalems, and all of them are worth discovering. 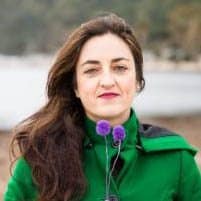 Claudia Tavani is a former human rights lawyer and academic, she abandoned her career to follow her true calling, which has taken her on many adventures and misadventures across the world. Through her blog, Claudia shares her inspiring stories, provides tips for other travelers and occasionally goes on a rant. Her mission? Hiking her way up all volcanoes in the world. Read her blog, My Adventures Across the World.