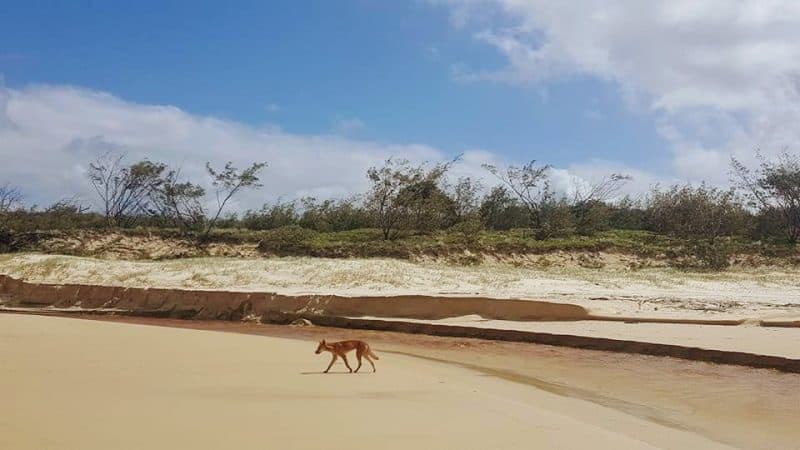 Fraser Island should, and must, be known as its original and true name of K’gari 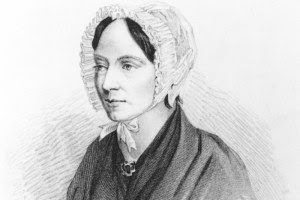 Indigenous populations around the world have fallen victim to the hostility of European settlement, but K’gari’s story is one of the most heartbreaking yet regrettably untold examples of this brutality.

However most disturbingly, the name of Fraser Island is the same as the people who inflicted this devastation…as though the destruction is to be remembered as a triumph.

Joseph Frazer captained the attempted 1836 voyage from Sydney to Singapore, when the Sterling Castle was sailed into a reef. After embarking into long boats, the surviving crew, Joseph and his wife Eliza Fraser, landed on what is now known as Fraser Island. 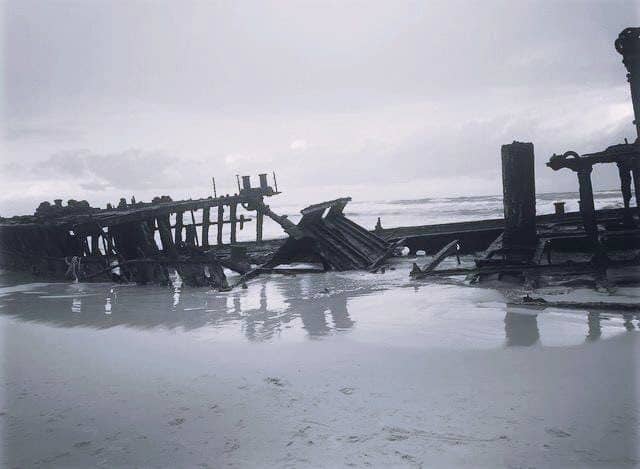 The wreck of the SS Maheno on Fraser Island.

What happened to Eliza on the Island is surrounded by uncertainty. However, she issued many accounts of her experience with the Butchella People, which were later published as books.

However, her story changes over the years and becomes more embellished – a strong correlation seen between the exaggerated hostility of the Butchella People and the popularity of the story.

The false allegations and lies regarding the apparent cruelty and savagery inflicted by the Butchella Tribe created an animosity towards the aboriginal colony, which resulted in their massacre.

The mistreatment and unfairness against the Butchella People continued with the arrival of European settlers in 1840, resulting in hostile government intervention, which diminished the aboriginal population to 250 by 1890.

Over the next 10 years, almost all the remaining population perished to violent treatment and policies.

The question remains; why have we labeled this Island after the person whose lies can be held responsible for the massacre of the Butchella people?

It is implored to those who visit Island to acknowledge the abuse and ill treatment of the native people whilst recognizing the true name as K’gari. 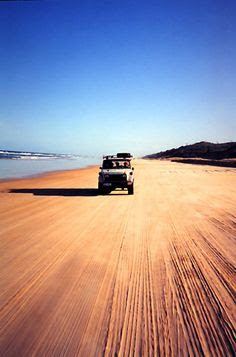 Taking a Jeep on the vast and empty beaches of the island.

Thousands flood to K’gari year after year, taking to the sands on 4 wheel drives to explore the beauty of the Island. Dropbear Adventures is a local tour company, arguably offering superior excursions due to their smaller size and more personal service.

For only $370 per person, over 2 days you are able to experience a tag along tour through the island, visiting all the major sites as well as their native secrets.

Tours depart from both Noosa and Rainbow Beach, prices include accommodation, food and the 4WD transportation to and from K’gari as well as around the island!

The beaches themselves capture the remote essence of Frazer Island; stretches of untouched white sand bordered by just sea and trees, with the absence of any urban interference.

There is nothing more liberating than cruising down the beach in 4WD when moving between the sites of K’gari. 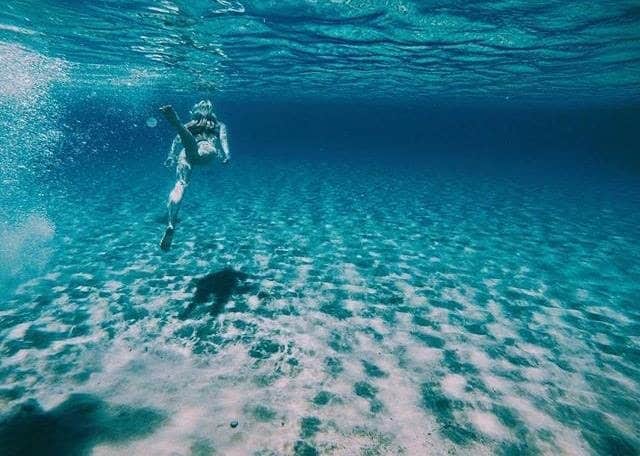 Dipping and diving in the depths of Lake Mckenzie.

It is not uncommon to pass by a dingo trotting along the ribbon of sand along the sea edge. These animals have become more confident over the years and it is encouraged to maintain caution when confronted by a Dingo, appreciating their beauty from the safety of your car!

One must always take a trip to The Pinnacles, a riot of color across sand cliffs located on the islands Eastern Beach. The Butchella People believed The Pinnacles to be a sacred place for women, where the sand formations were created by the Rainbow Serpent, and the dunes laced with luck for female onlookers.

Submerging into the waters of Lake Allom.

Taking a short hike from the beach you are able to get up close to The Pinnacles where you can marvel at the unique shades of color resting against the neutral tones of the forest.

The frenzy of red and orange coloring is also found at Lake Boomanjin, a copper colored mass of water, stained by tea tree tannin. Exotic carnivorous plants that sprinkled the shores offered a stark contrast to the delicate white sand.

It is a strangely satisfying experience to submerge yourself in what looks like murky water but is actually revitalizing in its freshness. It is said goodness from the surrounding Tea Tree seeps within the waters, cleansing the bodies of those who bathe!

K’agri is not short of wildlife, where turtles are part of the shellection. Lake Allom being the most popular place for turtle spotting, the graceful creatures would glide peacefully by their human visitors. 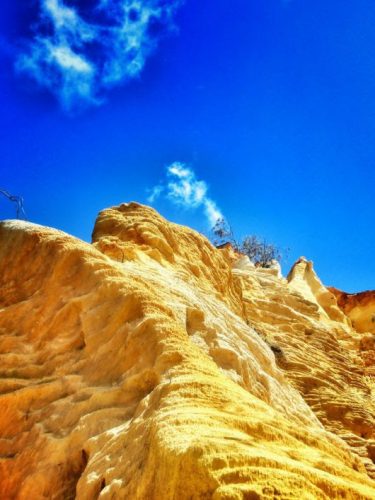 The natural coloured sand dunes of The Pinnacles.

When they stilled themselves to bask, how poised they were, soaking up the heat of the sun.

Eli Creek is perhaps the most well-known tourist attraction and it is easy to grasp why. You can become lost in thought as you cruise through the enchanting stream, enclosed by a roof of trees and plants, as though you are fully submerged within the nature of K’gari.

There is nothing mainstream about this stream, holding one of the world’s purest waters in a soft glaze of crystal clear turquoise.

The water is so pure that Eli Creek is the island’s major source of drinking water.

According to native history, Eli Creek was also a place where the Butchella People baptized their infants, and as you float down the stream, it is easy to appreciate why the Butchella People chose these waters as a place of worship, as the creek harvests all things pure and fresh, it is a sanctuary of peace. 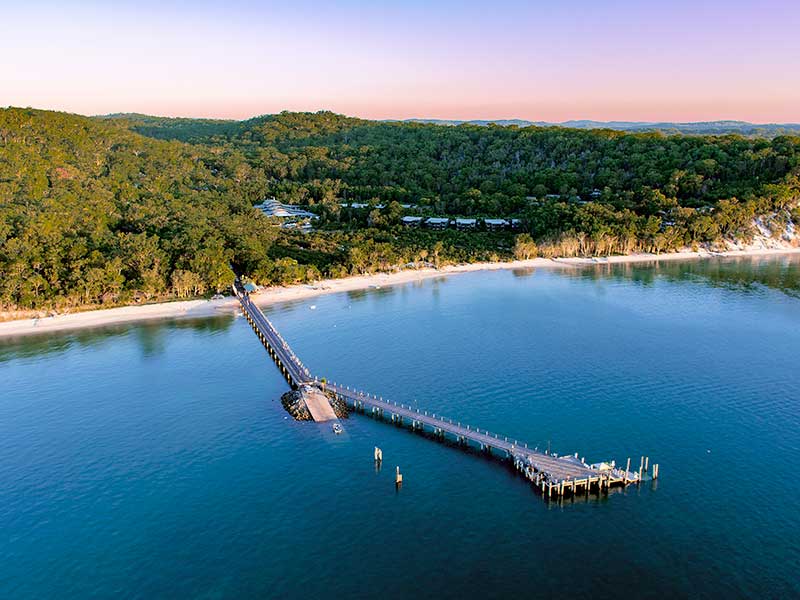 K’Gari’s beautiful rainforests are often wrongly eclipsed by the beaches and lakes, but holds equal beauty. Never leaf out a rainforest walk; climbing through the jungle of trees holding unlimited shades of green within a canopy of wilderness felt like you were in another world, while the smells of exotic plants dampened by moisture made its way like small secrets out the depths of the forest.

The low rasp of crickets and insects which played within the depths of the trees offered a calming sound, due to the lack of any conscious performance.

It’s strange that although the forest exudes a stillness at first glance, you are always aware of the excitement of activity which lurks within, like an unspoken energy.

The SS Maheno Shipwreck exudes adventure and beauty whilst pulling the strings of human curiosity, which makes the wreck another one of K’gari’s most famously intriguing sights. 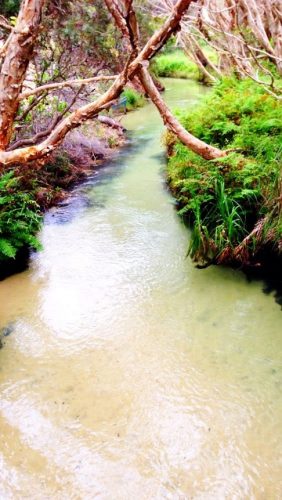 Eli Creek is a special place on Fraser Island.

The SS Maheno was an ocean liner belonging to the Union Company of New Zealand and also used as a hospital ship in WW1. She was washed ashore by a cyclone in 1935.

The best time to visit the SS Meheno is in the late afternoon, as the duck egg sky striated gold and pink falls behind the impressive iron structures. The stark contrast in color and rawness makes an impressive Instagram!

No visit to K’gari would be complete without swimming in the waters of Lake Mckenzie. Perhaps the most popular landmark on the Island, possibly trumping Eli Creek, the pristine waters of Lake McKenzie lap gently against the pure sands where visitors enjoy a game of Frisbee or simply lay and soak in the postcard surroundings.

This is usually the final stop of the tour, the perfect way to finish a visit to K’gari.

Water time to be alive 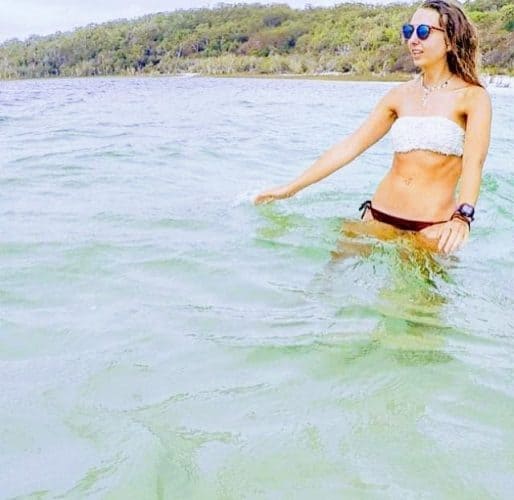 Enjoying the waters of Lake McKenzie. 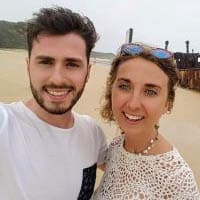 Hannah Batson is a recent graduate of the University of Bath and professional daydreamer. Having traveled across Europe, America, and Asia before temporarily settling in Australia to work in Queensland; Toowoomba, she enjoys nothing more than to explore, seek and indulge in the pleasures of the world, and write about her experiences.