Denver, Colorado: Where Everyone Wants to Live 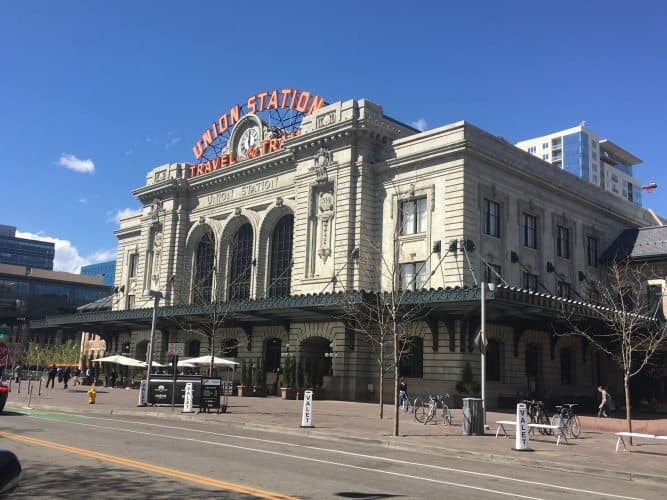 Denver is full of new arrivals, a visit to this exciting city and capital of the west shows why 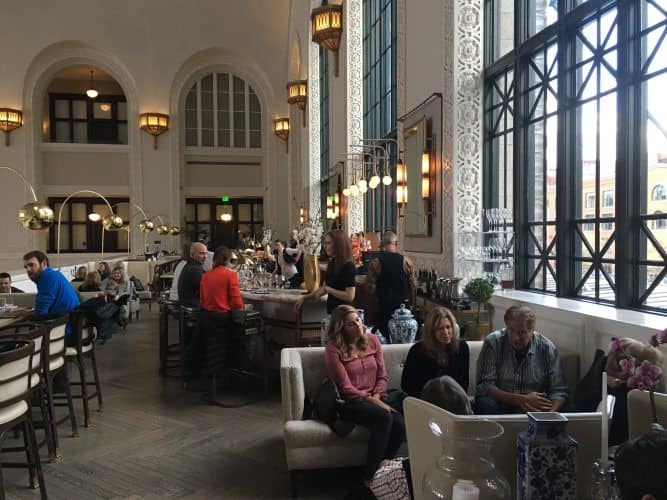 Up on the second floor overlooking busy Union Station is Coopers, where upscale cocktails can be found.

On my last trip to Denver, in 2012, I was told by a loquacious local man named Johnny to watch what the new Union Station would do to his city.

“It will be the center of everything–Denver’s Living Room!” he exclaimed. 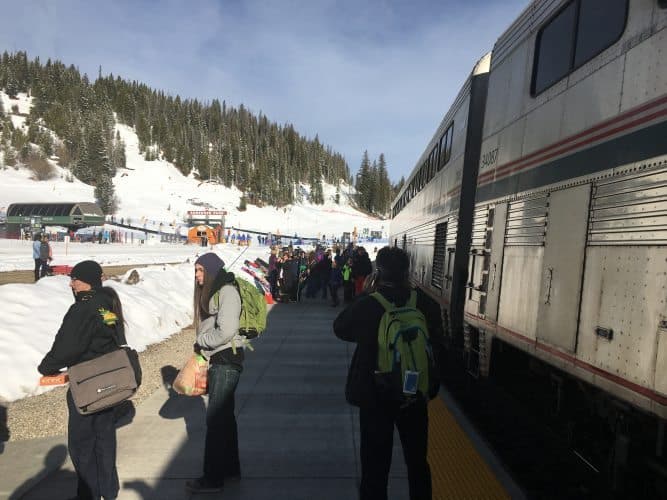 The Ski Train is run by Amtrak, and takes skiers from Union Station 90 minutes to Winter Park Ski Resort, dropping them off slopeside.

Though the state of Colorado is a place where cars still predominate, the city of Denver has made living without a car an easy feat.

There is also a free electric bus that travels up and down the two-kilometer long 16th Street Mall, where 300 shops and restaurants serve a population of walkers and bus riders.

In case I wanted to visit one of the many more remote neighborhoods like Five Points or RiNo, (River North), an Uber or Lyft is never hard to find.

By making parking expensive and tickets feared (remember, the Denver Boot?), the city has encouraged a new generation of younger citizens to ride bikes, walk, or use mass transit. It all makes for a very pleasant city to visit.

The Winter Park Express Ski Train is an old idea in Denver, starting in 1940 when the Moffat tunnel cleared a path to the newly opened Winter Park ski resort.  It ran under various ownerships until 2009, when even the deep pockets of local billionaire Phil Anshutz couldn’t keep it going profitably.  The city teamed up with Amtrak and local sponsors to bring back the train for weekend excursions in 2016.

Potstickers at Cholon, a modern Asian bistro in downtown Denver.

We took the last ski train of the season this year, on a perfect sunny day, departing Union Station at 7 am and arriving in time for a great day on the slopes, with a 4:30 pm trip back to Denver.  Skiing the big mountain was a thrill, there are 26 lifts and 103 trails, and even on a crowded day there are minimal lift lines. Besides, people here are so friendly you hardly even feel like you’re standing in line.

It’s true. Denverites are among the most friendly and outgoing people you can meet. 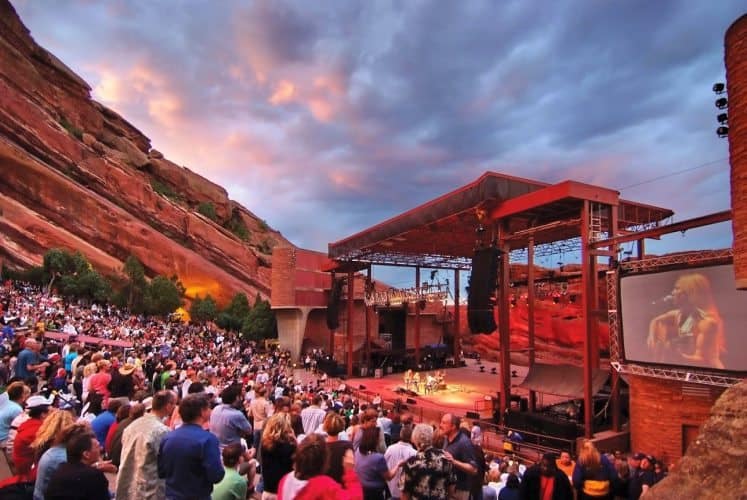 Red Rocks Amphitheater in nearby Morrison, Colorado is a spectacular music venue, famous among all types of artists who love playing there.

Stand in line for a coffee, you’ll strike up a conversation.

Stop into one of the hundreds of marijuana dispensaries that have made Colorado famous, and all of a sudden you’re talking to new friends.  Enjoying a newly-legalized ancient form of bonding, smoking dope, does that.

But it’s not just the pot that sets the mellow tone of the city. It’s a feeling of pride that creeps into so many conversations.  People are proud of their light rail, proud of the beautiful mountains just over the horizon, and brag happily about the city’s burgeoning music scene.

I was told a few times that there are more live music venues here than anywhere else in the country.  Even Austin.  The score is officially 98 venues to 82, but really, the point is, that just means there’s a lot to enjoy in both of these exciting cities.

Denver’s number one tourist draw in the city is also a music venue–Red Rocks Amphitheater, where the Grateful Dead played more shows than any other venue!  It’s only about 30 minutes outside of the city in Morrison. Colorado. 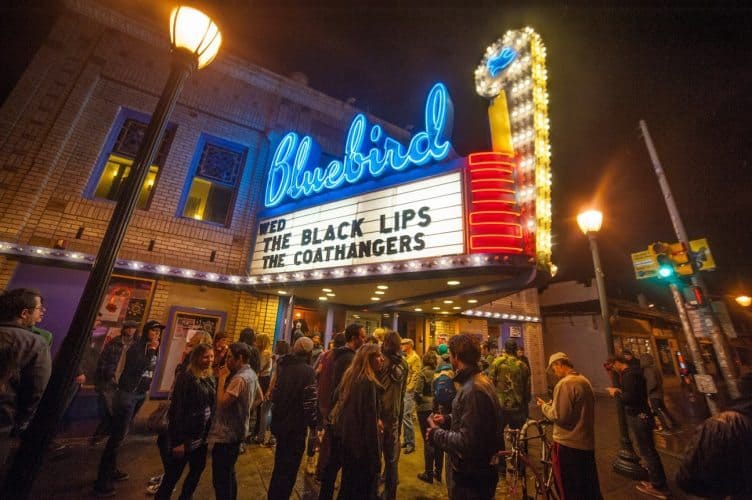 The Bluebird Theater in Denver is another famous music venue, adding to the nearly 100 places you can enjoy live music in the city.

Denver is the largest city within 400 miles….so it’s a magnet for culture arts and beer.  The minute shows are announced at one of the many top venues like the Bluebird Theater, Sports Authority Field, the Pepsi Center or Red Rocks, music lovers from all over the west jump.

Denver is like the Emerald City–a beacon for the surrounding states, where four pro sports teams play to big crowds, and locals go crazy for their Broncos, Rockies and even the pathetic Avalanche hockey team. It feels like the center of the universe, because these teams draw from such a wide radius.