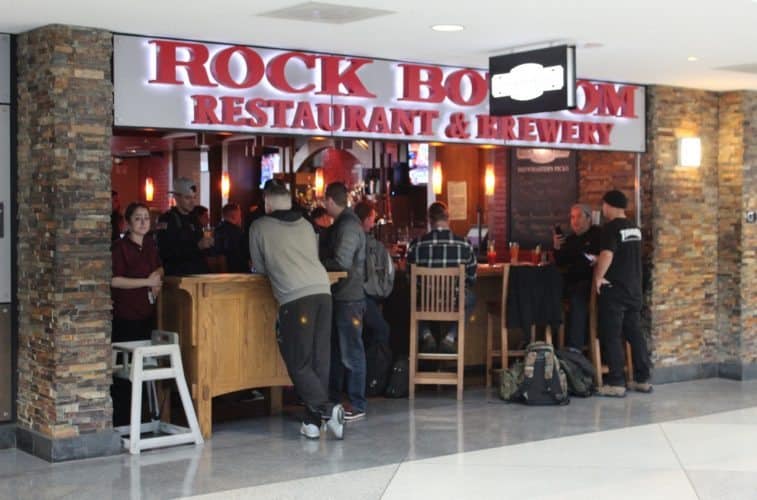 Yes… there are pot shops all over Colorado’s Front Range shining a spotlight on the mile high city of Denver and beyond.

There is also a brewery heritage, and great food worth noting. Coors was once one of the most sought after beers in the country. In the 1960s when it wasn’t distributed far and wide like it is today, people would drive to Colorado just to load the trunk with Coors beer.

There’s a brewpub culture that began in Colorado and now has spread throughout North America. Many beer drinkers don’t even know that craze started in Colorado. Evidence can be seen in the Denver International Airport where two of the local brewpubs have a presence. Heck, the governor of Colorado, John Hickenlooper, made his fortune as a brewery owner!

On a recent trip to my old home state I was once again reminded of the many pleasures of Colorado’s Front Range, including brew pubs. My wife and I took a whole day to explore a stretch from Fort Collins to the north, down to Golden in the south. This was going to be fun.

I picked up our cherry-red Chevy Cruze rental car in southwest Denver and drove past Red Rocks Amphitheater. Its towering red sandstone monoliths were blazing in the morning sunshine as we drove by. I would have loved to take a hike and see if any rattlesnakes were sunning themselves in the spring-time sun, but Fort Collins was the main objective.

A short while later we were driving the insanity that is I-25. Our northward journey saw two traffic backups of two to three miles long for the unlucky drivers heading towards Denver. How people can tolerate Colorado’s Front Range commute without going postal is a mystery to me. No wonder brew pubs and legal pot are popular here!   You can also see why the year-old RTD Train to the Plane is so popular in Denver! 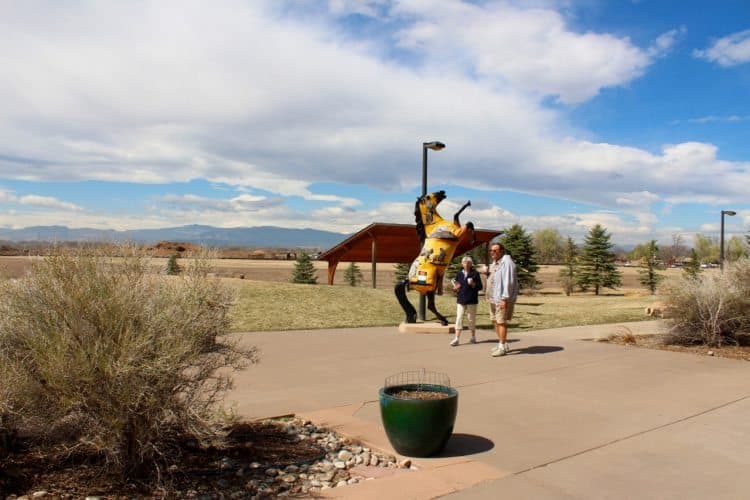 Our first stop was the Fort Collins visitor center located just off I-25. After shooting photos of the horse sculpture and foothills we headed for the historic old town.

It had been years since I walked old town Fort Collins and saw the smallest pub in Colorado, the Town Pump. This former speakeasy was built in 1904 and has a hardwood backbar from a 1900s drug store; definitely worth a visit.

After walking a bit of old town it was time to find a place for lunch. I had read about Coopersmith’s Pub and after reading their menu at the front door decided to give it a try. The place was almost full as we were led to the back of the house to our table. 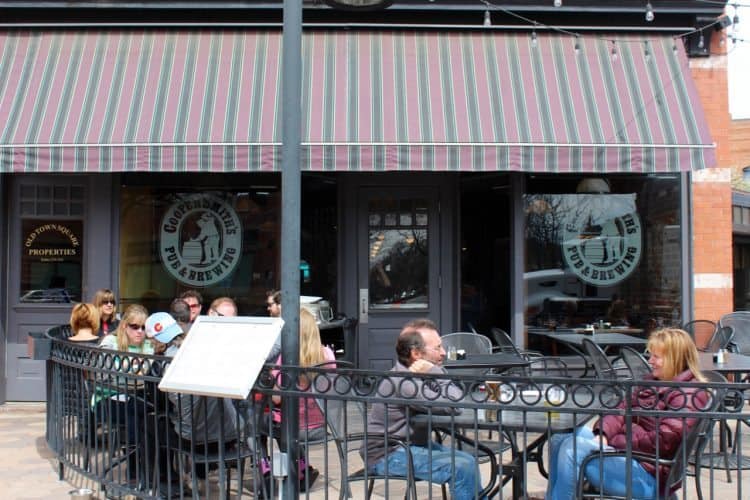 Our server Carmen was kind enough to let me have a taste of their red beer (Bare Ranch IRA) and my wife had the Stumpy hard cider to start.

I’d have downed a stein of the excellent hoppy red beer but I had miles to go before we were done driving. The Stumpy cider was an apple-pear blend that was dry and crisp. I thought it was one of the best I’ve ever tasted.

With a ten-top near us, in front of the cue for food, we had plenty of time to look around and read the menu. I ordered the “Picnic” which is a soup and salad plate with a slice of their house made brown bread.

The soup was potato cheddar and the salad came with my choice of dressing. Carmen said the sesame dressing was her favorite and after one taste of the smoky tan colored dressing I could see why. It was a freakin’ great combo. 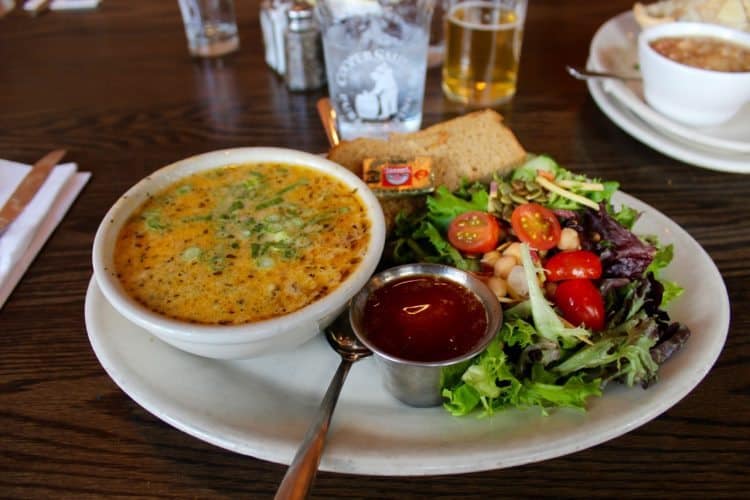 My wife had the Homestead Lamb Pie, sort of a take on shepherd’s pie. It came in a cracker bowl with a lamb-stew like layer on the bottom, a scoop of mashed potatoes, then topped with shaved parmesan cheese.

I loved the amount of thyme the chef put in the lamb making for an herby-savory entrée.With no room for dessert we bid Carmen farewell. We walked the rest of old town where young children played on sculptures just for them.

We got sucked into Trimble Court, an artist’s co-op shop. The mural on the side of the building spoke of a town that loves its arts. Inside we saw one of the best assemblages of local art for sale than possibly anywhere in Colorado. After buying a cute little fabric painting we headed out for one last stop. 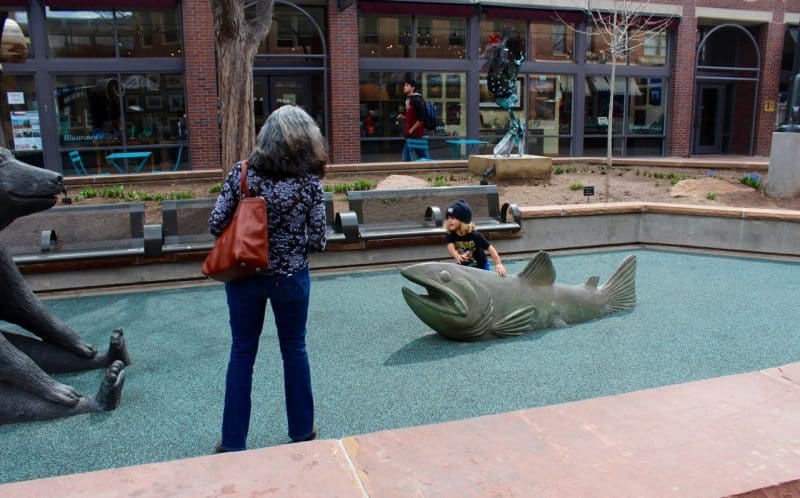 The lady at the visitor’s center told us of Vern’s and the butter almond toffee there. She said, “Vern’s is famous and don’t miss it.”

It doesn’t take much more than “butter” to catch my attention. We veered off-course some ten miles to pick up a box of the famous confection. At $11.50 for a half pound box it’s not cheap eats, but I love to support a mom and pop shop.

After our sugar fix was safely stored in the car we drove back to old town where we tuned south on College Avenue (highway 287) for the drive to Longmont. In Longmont we would catch the Diagonal Highway towards Boulder.

The clouds were starting to obscure the sun as the afternoon wore on. The view was still spectacular as we saw the snow-capped 14,259 foot tall Longs Peak from the north, east, and south before arriving at a parking lot on Walnut Street. 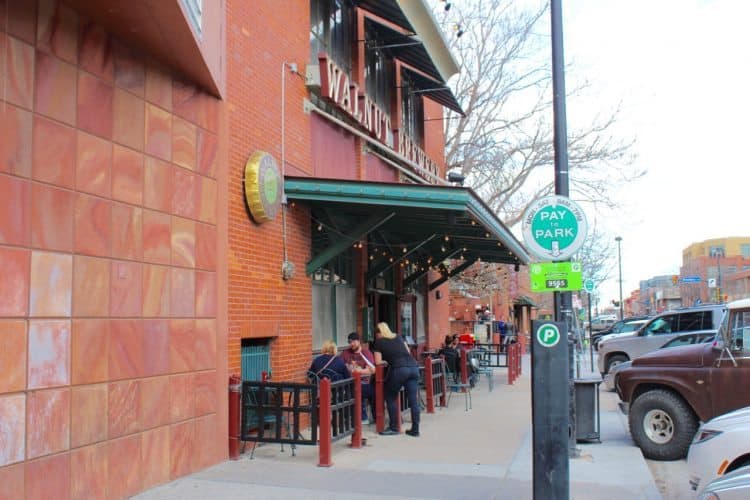 Boulder memories run deep in me. I’ve seen a lot of this famous town over the years. From the days when my mom went to college there at the University of Colorado in the 1960s, to the time in the 1990s when she moved to Boulder. Walking down Walnut Street it was good to see the Walrus and Walnut Brewery were still just as I had left them.

I popped into the Walnut Brewery, the first brew-pub in the U.S., and looked around. The same signs touting their brews like: Indian Peaks, Old Elk, and Devils Thumb harkened back to the days when my brother and I would tip a glass or two. This is a temple of beer worth stopping in for! 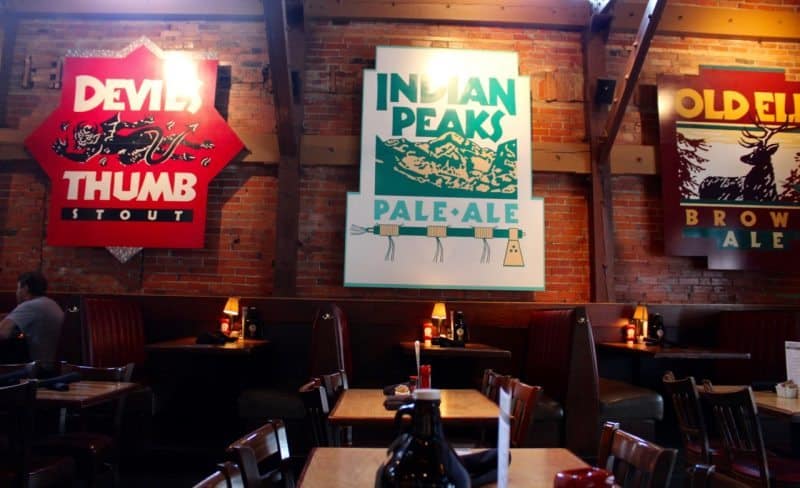 Next up was a walk down the Pearl Street Mall, called the Happiest Place In America by CBS Sunday Morning. The tulips were in bloom and families with children enjoyed the play areas in the warm spring weather.

Several of the beer joints and restaurants called to us on the Pearl Street Mall.  But we had a slightly different place in mind. 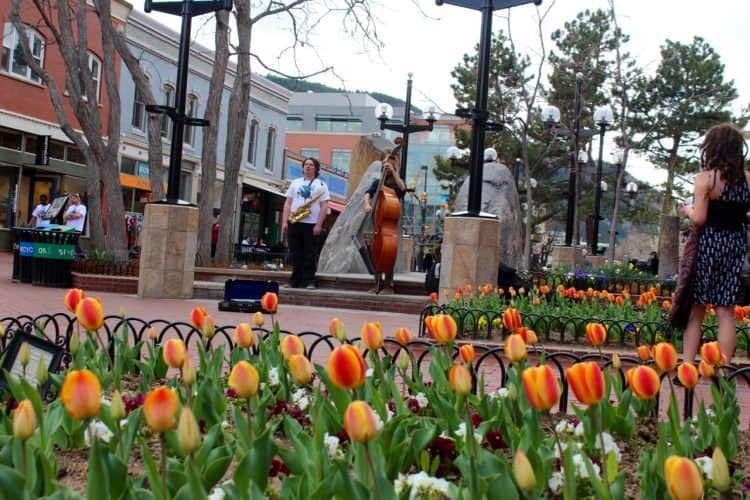 We finished up our trip to Boulder with dinner at Radek Cerney’s L’Attelier. When staff at L’Attelier unknowingly  served a minor alcohol in the fall of 2016 the local authorities shut this well-loved eatery down for a month.

That’s enough to kill most small restaurants. L’Attelier lost around $80,000 according to a story in the Boulder Daily Camera. Chef Cerney was going to leave L’Attelier and Boulder but we found out he decided to stay. 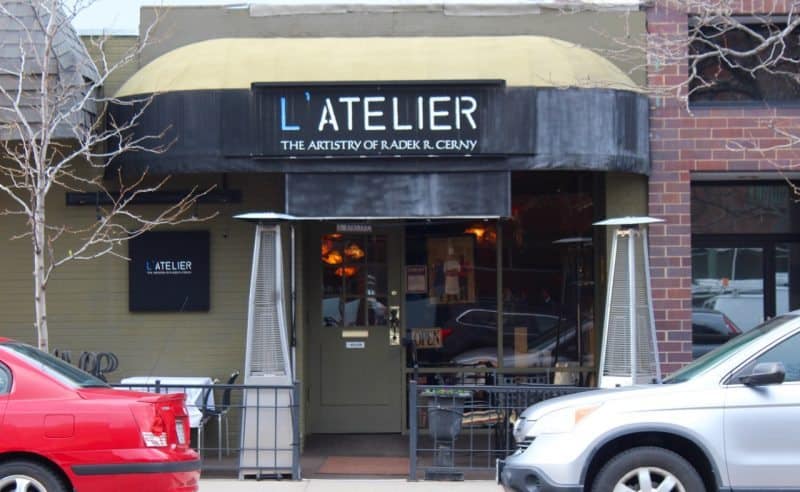 Before the meal started I struck up a conversation with our neighbor dining solo. She said, “I’ve lived in Boulder since 1986 but the cost of housing caused my friends to move away.”

The average cost of a  single family home is near one million dollars. This makes Boulder one of the most expensive places to live in the Front Range.

As the meal began we had the best sautéed mushrooms appetizer topped with chevre. Seasoned with oregano, thyme, and smoked paprika the sauce was a magnet for the house-made bread. 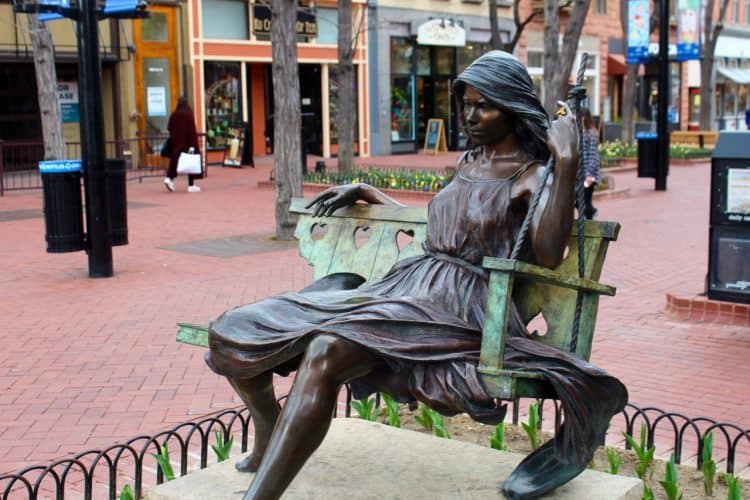 Although there were no vegetarian entrees I had a feeling that if I asked for such I would get it. Indeed I did as the chef outdid himself sending me a  Vegetarian Gourmand plate big enough for two.

My wife ordered the Lobster and Shrimp TV Dinner, named for the rectangular plate with compartments like a classic TV Dinner. Both entrees were outstanding.

It was sweet sorrow leaving Boulder that night. Sorrow because we had miles to go and were leaving, sweet because it was a great visit and we know we can go back some day.

Denver may get most of the fame but towns like Fort Collins and Boulder balance out the Front Range making this one of the best places in the U.S. to live or visit. If you go, check out Coopersmith’s Pub and Walnut Brewery, two of Colorado’s Front Range best.