Cape Tribulation: A Trip to the Great Barrier Reef 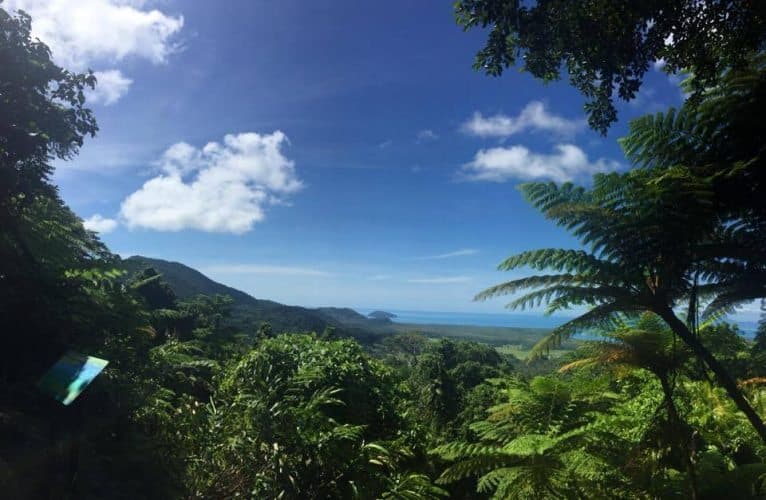 The view of Cape Tribulation from the Jindalba lookout area.

There’s been a lot of environmental coverage in recent years about the frightening status of Australia’s Great Barrier Reef. 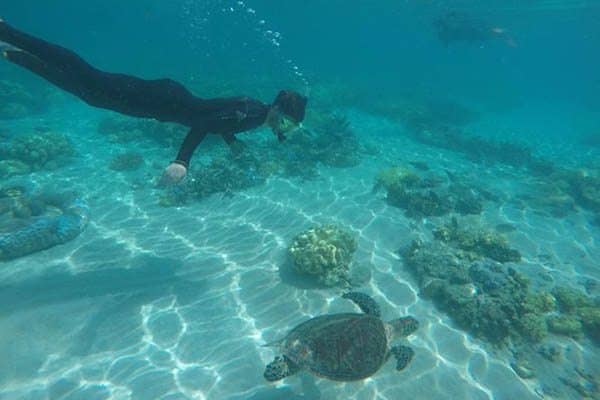 While snorkeling on the Great Barrier Reef, you are welcomed into the home of countless marine creatures.

Scientists and journalists alike are determined to spread the word that climate change is having devastating effects on the coral and the ecosystem as a whole.

And because visiting the Great Barrier Reef and experiencing this underwater world has been on my bucket list since pre-Finding Nemo days, I knew it’s something I needed to see before it was too late.

I recently visited Cape Tribulation to experience Australian wildlife in its truest and most genuine form.

Not only was I incredibly awestruck by the Great Barrier Reef, but I fell in love with the freshwater pools, the strange and dangerous birds, and the second largest rainforest in the world.

Cape Tribulation is a remote headland located in Queensland, Australia about a two hour drive north from Cairns and an hour north of Port Douglas. It’s an up-and-coming ecotourism destination for both Australian and international travelers, advertised as the place, “where the rainforest meets the sea”.

It currently boasts an unmatched lush and beachy authenticity, and isn’t overcrowded by the masses. In order to get to Cape Tribulation, you and your vehicle must cross the river via ferry.

Wi-Fi is nearly nonexistent and dining options are quite limited. However, accommodation is not. Most places offer cottages or huts, tucked into the rainforest or alongside the shores of the beaches.

I stayed at the Daintree Crocodylus, an environmentally-friendly ecoresort, in a cabin with nothing but a bed and a mosquito net to cover it.

You’re almost guaranteed to see tiny frogs or spiders the size of a baseball as you walk between cabins to the bathroom, the pool area, or the reception. You truly get to know the Daintree Rainforest as you fall asleep amidst the rain, the bugs, and the hot, humid air.

Snorkeling on the Great Barrier Reef

The Ocean Safari tour group takes between 15-25 people on each trip. The weather was perfect!

I had an 8:00 am departure time on what turned out to be the perfect day to see the reef.

After shimmying my way into my wetsuit (which you’re only required to wear during “stinger season”), we met the boat on the shore and headed out towards the reef.

Our trip out to the reef was minorly delayed when we saw a pod of bottlenose dolphins and stopped to watch them.

But as we carried on, we got about 20 kilometers off shore and pulled up to our first snorkeling spot. The visibility in the water was like glass — as soon as the boat stopped you could look over the edge and see an array of different coral clusters as well as the stingrays and schools of fish that inhabit them.

After a brief snorkeling instruction session, you’re handed your snorkels and told to get out there. I’ve seen plenty of coral reef photos and I’ve been to a number of aquariums, but experiencing the sight of a coral reef for the first time is unlike anything else.

It truly is an insurmountable beauty. At both reef sites, Mackay and Undine, you can explore the waters freely, get up close and personal with sea turtles, and spot more species of fish than you can count. 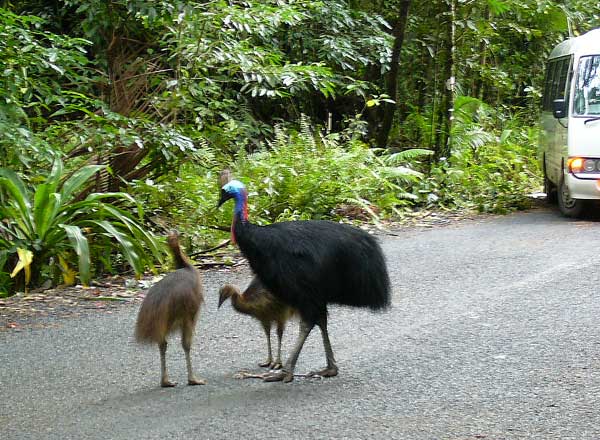 Cassowaries are elusive creatures, you’re lucky if you see a male with it’s offspring on the side of the road.

Because Cape Tribulation is in the Northern reef, and much more secluded than other parts, evidence of coral bleaching is far less noticeable.

The colors remain vibrant and the reefs are full of life. But to see the beauty of these reefs and to know that they are a dying ecosystem is a reality that is devastating.

It is a sight that I think everyone should experience at least once in their lives, and I hope that it’s possible for generations to come.

I left with a newfound urge to make environmentally-conscious decisions, regardless of how small they are or how far away the reef might seem.

On the ride back towards the shore, I spoke with one of the guides, a young Australian man, native to Melbourne.

He had moved up to Cape Tribulation to work in the growing ecotourism industry and couldn’t believe how perfect the weather we had that morning was for snorkeling on the reefs.

As he joked about working an office job in Melbourne, he said: “I find myself complaining after a long day at work sometimes, and then have to remind myself ‘I go to work everyday on the Great Barrier Reef, a place on a lot of people’s’ bucket lists’, I don’t exactly have the right to complain about my office.”

And I couldn’t have agreed with him more.

Aside from the breathtaking views of the Great Barrier Reef, there are things that you can experience only in the Daintree. I had never heard of a cassowary before, and until I saw countless “Cassowary Crossing” signs on the roads, I never would have known to be on the lookout for them.

A cassowary is best described as a mix between an ostrich and a turkey. It’s large and it’s beautiful but also very dangerous. I left Cape Tribulation having seen four of these strange looking birds while driving down dirt roads and wondering if I’d ever see one anywhere else in the world. 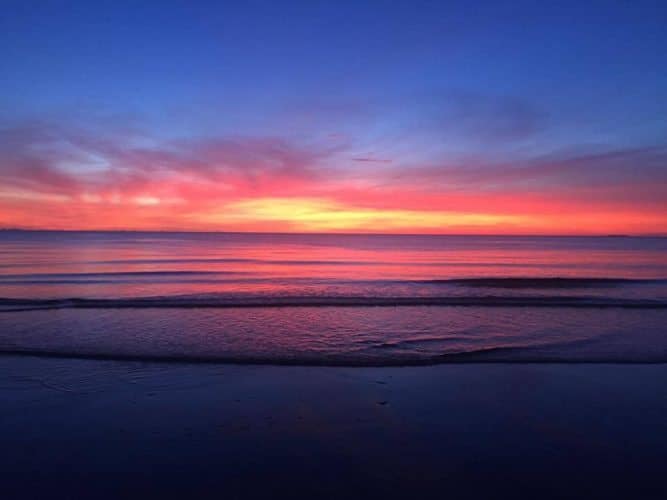 The sunrise over Cow Bay was incredible, funny to think there’s saltwater crocodiles in that water!

And the birds aren’t the only thing that can kill you out there — the beaches are home to saltwater crocodiles and deadly stingers so swimming in the saltwater is nearly impossible.

But with the amount of freshwater swimming pools available, I wasn’t worried about finding a place to escape the heat.

Emmagen Creek and Mason Creek are stops you cannot miss. But make sure you hold onto a paper map, because it’s easy to accidentally make your way off the path and end up somewhere in the rainforest.

Before I went to Cape Tribulation I had no idea what to expect and it was certainly an experience unlike any other.

If Australia is on your bucket list, I urge you to include Cape Trib on your itinerary. Spend a few days up here to truly experience what life is like in a place where the rainforest meets the sea.